I Have No Beef With Dr. Kwaku Oteng ,Summer And Bright Kamkam—Joe Lakka 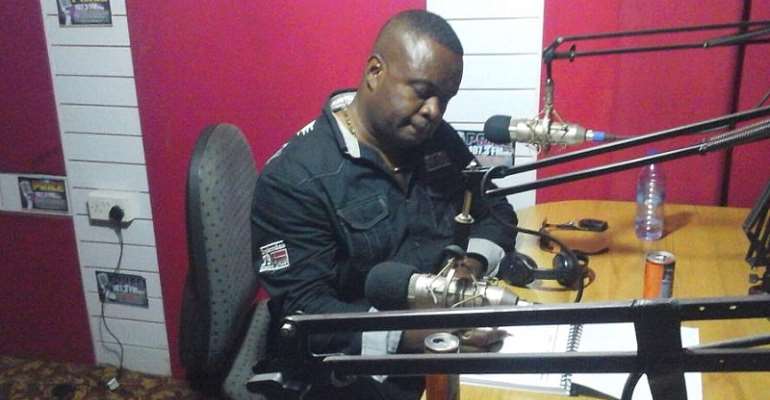 An award wining Ace Presenter Kwabena Gyamfi known in radio industry as Joe Lakka has break his silence for the first time since he left angel fm in kumasi.

Rumors have been peddling around that for the past two years the sports icon left the abrepo junction based radio station based on misunderstanding that broke between him and Dr. Kwaku Oteng the Chief Executive Officer of Angel Groups of Companies.

But speaking for the first time on Price 107.3 Fm in Kumasi, Sir Joe rubbished the claims that there is a bad blood between him and the CEO of Angel fm.

"Is never true that I had problem with my former boss before I left the station, no that is not correct, I left there with a clean heart and I still have a good relationship with him".

I have been meeting him at golden tulip, we eat together ,we talk on phone, so there is nothing like a bad blood or beef between us" he stressed.

Dayan Aduhene Gyamfi Kwarteng host of the Price Fm Personality Profile asked Sir Joe whether there is disputes between him and his former co workers Bright Kamkam Boadu , Summer, Sometymer , but Joe Lakka quickly refuted that he is in good rapport with his former sports team.

He made it clear to her that, he resigned from Angel fm because his contract was over and moreover he and Mr. Sylvester Asare former board member of Kumasi Asante Kotoko known as silvercrest is putting up a new radio station in kumasi.