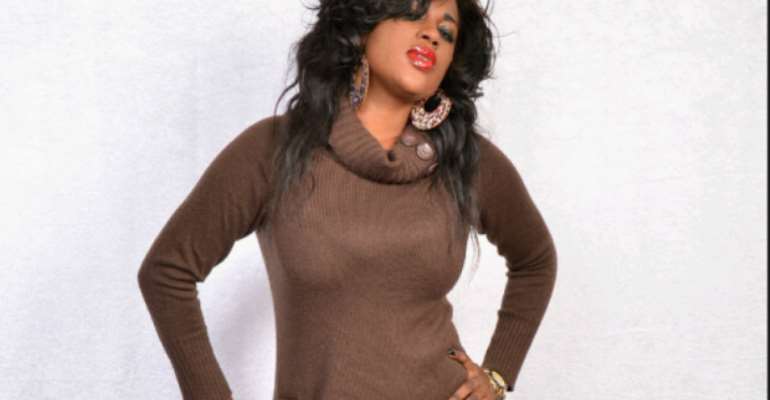 Ella Mensah
Ghanaian actress Ella Mensah says she is not a fan of smoking but that she puffs shisha.

'I love shisha,' she told NEWS-ONE on Tuesday.

It has become a popular lifestyle among a lot of young folks around the world. It is found in nightclubs, bars and cafes among others. The origin is not yet certain but most people credit it to Turkey.

Shisha comes in the form of a glass-bottomed water pipe through which a powdered substance is smoked. There have been debates as to whether it is harmful or not.

The actress has been working in Nigeria for months. She returned to town last weekend and made an appearance on eTV's Late Night Celebrity Show with Giovani Caleb.

She told NEWS-ONE that she was back in town to prepare 'for the launching of my clothing line here in Ghana and also launch my production soon. I want to go into movie production as well.'

Ella Mensah, born on June 6, 1985, is a Ghanaian actress, model and an entrepreneur. She shot to fame after her debut performance in Venus Film's 2008 movie, Crime To Christ.

She quickly became a household name and is best remembered for her roles in movies like Playboy, Pretty Queen, Her Excellency, Bed of Rose, Deadline and Shakira, etcetera.

She was adjudged best Ghanaian actress at the 2014 City People Awards in Nigeria.

Early Life
She was born into a large Christian family from Begoro in the Eastern Region of Ghana. She is the third (3rd) of her 13-member family. She didn't have all the luxury she wanted but she was happy and loved by her family.

She started high school education at the Richard Memorial Junior High and continued at the Nifa Senior High Schools. Her dream to become a newscaster made her enrol at Trans African College, where she read Journalism and Media Studies.

However, after Trans African College she had a change of mind. She found out that she still wanted to be in front of the cameras but not as a newsreader, rather as an actress.Fortunately, today she finds herself in the creative arts industry as an actress.

She accompanied a friend to an audition but ended up getting the role.

She appeared in just a scene in the movie as a prostitute. But she didn't give up the hope to achieve her dream of becoming one of the continent's celebrated screen actresses.

The same year, Ella got called for a 'bigger' role in the movie, Playboy. She had six scenes as a secretary in that movie. That opened new doors for her, and now she has a lot of movies to her credit.