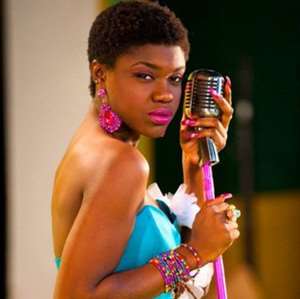 It is Becca's second release in 2015 after parting ways with long time boss Kiki Banson of EKB records.

Steady was released under new record label, Kolophonic, together with a video. The song has been described as 'a song for feel-good rockers and music lovers.'

Arranged with a funky theme and sing-along vibes, the song is tipped to win Becca some new fans in the coming months.

In a traditional Becca style, the dance-themed funky song is also about self-empowerment and includes mantras like 'my heart beats steady', with Becca and Ice Prince using every corner of their famous ranges—punch lines, hooks, style and a contemporary blend of originality.

Steady, written by Robby Adams and Becca and produced by Kay-so, is available now for downloading worldwide on iTunes and streaming on Tigo Music.

Currently Becca is leading a team of some of the best selling music artistes in Ghana to raise funds for the victims of the June 3 disasters in Accra. She is also set to perform at the GUBA Awards in London on July 4.