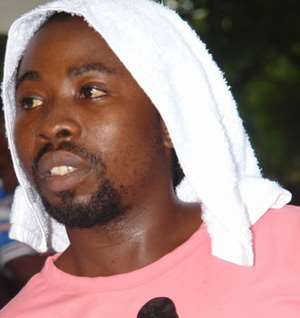 One of the originators of hip life music genre, Obrafour noted for hits like Pae Mu Ka, Heavy and Kasiebor has revealed candidly that being good or popular musician can never be a reason in making you think you can become the musicians president.

Obrafour, throwing more lights into the issue after being asked by DJ P Fresh of storm fm, about whether he has any intentions of becoming the president of the musician union was extremely emphatic in making his intentions known "It has never been my intention .You don't have to listen to people who might try to influence you in contesting for a position .you have to look at your qualification and capabilities .

After assessing myself and the position,I realize that its an administration work and I don't have such qualities but if its about speaking the truth it wouldn't be a problem for me ." He answered with prestige. He again told Dj P Fresh that he believes the current president, Obour shall retain his seat "I believe that obour could've done more considering the amount of money he has received as the president.

But those going to elect the next president are the executives of the union so I know that they will retain Obour by voting for him". Obrafour is now out with his new song titled "NKONTOMPO" .He said he wrote the song based on deceits which have become the current trend globally .The song was produced by Nature a former member of the popular group, 2TOFF in two weeks.