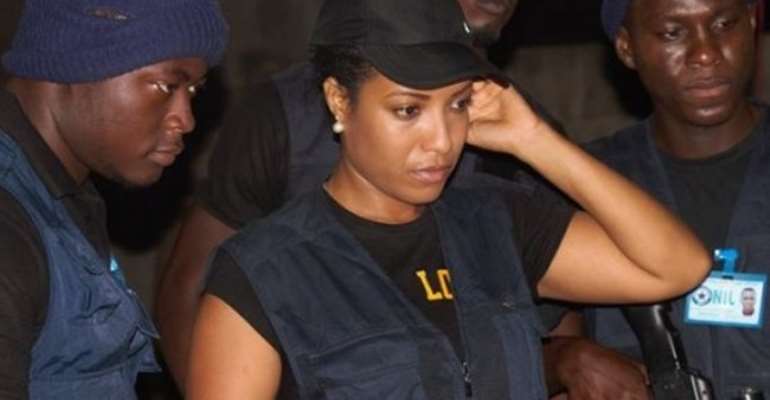 Hundreds of Ghanaians who thronged the National Theatre Friday night to watch the much publicised movie, ‘Cartel: The Genesis’ were left very angry and disappointed.

They left dejected and in utter dismay begging for answers from producers as to what might have prevented them from fulfilling their end of the bargain by showing the movie.

The hundreds never got the opportunity to watch the movie touted as a perfect masterpiece that explores the flaws and dealings of the narcotic system in Ghana and beyond. ‘Cartel: The Genesis’ also sheds light on the various challenges security agencies face in dealing with the situation.

A vocally dejected Adjetey Anang, trying to provide answers for the unfortunate incident, explained in an interview with Rhythmz A-Z on Joy FM Saturday with Mamavi Owusu-Aboagye said the premiere had a “technical setback”.

Producers, he revealed, tried from several hours to fix the problem but to no avail.

The “technical setback” has affected Saturday’s showing of the movie too.

According to the 2014 Ghana Movie Awards Best Actor in a Leading Role, who had not watched the movie yet, except trailers, said it was heart-breaking for the premiere to hit such an embarrassing snag.

He revealed that they are attempts to refund monies to the hundreds of disappointed patrons.