Why Is SilverBird Cinemas-Ghana Advertising Movies With Specific Showing Times When They Don’t Even Have The Movies Yet? 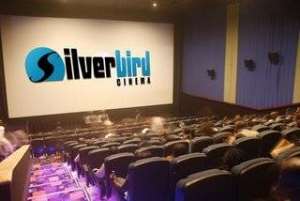 GhanaCelebrities.Com has received several complaints from angry Ghanaian movie enthusiasts whose weekend has been completely tumbled-down by SilverBird Cinemas, Ghana---for false advertisement, and the Cinema has no plausible explanation for this mess.

You wouldn’t catch any Cinema doing this in any country where consumers’ rights and false advertisement is taken seriously---but in Ghana, everything goes and at the end of the day, the ordinary citizens bear the lost without any functioning entity to take the culprits on.

Can you imagine visiting the website of a Cinema which has listed all the movies being shown; the date and time slots---and then leaving your house with friends in a taxi only to be told when you arrive at the cinema that the movie is not even yet in the country?

This is exactly and how poorly SilverBird Cinemas in Ghana is operating---at least, it has been doing so from Friday when this issue was flagged.

The Cinema chain in Ghana with outlets at the Accra Mall and West Hills Mall since Friday (19th June, 2015) has been advertising that the movie-Entourage (see image above and below) is showing on the Cinema’s official website and also that of their partner website- GhanaWeb.Com . When actually, they do not even have the movie yet…

Several Ghanaians who spent money and time to make way to either the SilverBird Cinema at the Accra Mall or the West Hills Mall were met with big disappointment and no explanation---the movie was not being shown despite the cinema having advertised it. The cinema is still advertising the movie with specific showing times (as at the time of publishing this).

We are told it’s not just the movie-Entourage and that this is not the first time the Cinema is doing this—perhaps, they’ve gotten away with it so many times and have wasted people’s money and time enough to the extent that they don’t really care anymore.

After all, what are you going to do? Without any proper body to lodge a complaint with in Ghana for the operators of the Cinema to be put on their toes---the best these angry Ghanaians can do is to swallow their lost and turn away.

It’s deeply unfair and false advertisement is somewhat an offence. But the absence of any real competition in Accra for SilverBird Cinemas means they can do pretty much what they want---made worst by the fact that no effective functioning consumer protection agency is out there to ensure they act accordingly.

Following these complaints and having found out that this is indeed happening, GhanaCelebrities.Com reached out to the Business Manager of SilverBird Cinemas, Ghana (Ake) and to be frank, he had no legitimate explanation for the mess , except to literally say, they screwed up.

The Business Manager said; the cinema has not yet received the movie and therefore it’s unfortunate that those showing times are still up and running on their official website and that of their main Ghanaian partner’s website.

When we asked why the showing times has not been pulled off even as at the time of our conversation (Sunday, 21 June, 2015-10: 32 pm) , he said those in charge of the website do not work on weekends and as such, they couldn’t remove them. This really shows how much they respect their customers and the various movie enthusiasts who rely on these official advertisements.

When GhanaCelebrtiies.Com suggested that, it would be prudent for SilverBird Cinemas to ensure that they have the movies in Ghana before proceeding to advertise with specific showing times, the Business Manager accepted this as the right thing to do---saying, they will start doing that now.

However, he mentioned that they have placed a notice on their Facebook page telling Ghanaians that some of the movies are not showing as advertised. Here, we pointed it out to him that, this is pretty useless to the vast majority of Ghanaians who wouldn’t necessary check their Facebook page but rather their official website where they do not even have their Facebook feed…

So as it stands, SilverBird Cinemas Ghana is knowingly advertising movies with specific showing times when they do not even have the movies yet---wasting the time and money of Ghanaians who rely on these advertisements.

We surely need a real competition for SilverBird Cinemas in Ghana, because monopoly is the obvious cause of such bad customer service and the total disregard of the basic rules of engagement…