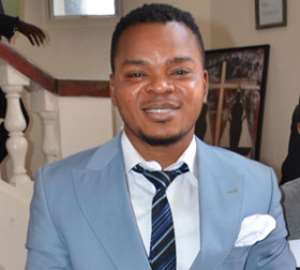 American Gospel singer, songwriter, music producer, pastor, and actor Deitrick Vaughn Haddon has thrown heavy shots at Ghanaian pastor and founder of the International God's Way Church Bishop Daniel Obinim for kicking a pregnant woman in the stomach all in the name of prayers and deliverance.

Deitrick Hardon who seems to have recently caught a wind of the video which went viral and had a lot of people talking couple of months ago described the act by the Ghanaian pastor as 'foolish' and explained that was one of the reasons that has got the church looking crazy.

In a post on Instagram, the American pastor went hard on Obinim. In his words, he wrote;

'This is the kind of foolish that's got the church looking crazy right now!!!smh The bible only speaks of the laying of hands not kicking folk!! Where are the #PreachersofLA cameras when you need them! I got an idea… #PreachersofLA goes to Africa and turn me loose on this kind of stuff!! @oxygen'

The post has since generated a lot of comments with many describing the act as barbaric.