​Time To Make A Change—John Winner 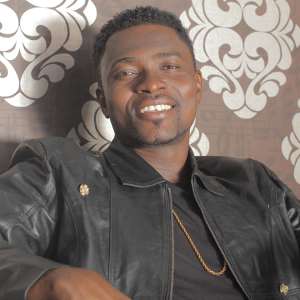 He might be new on the gospel music scene but funky gospel musician Minister John Winner says he has come to change the face of the gospel scene in Ghana.

“No disrespect to any gospel but the Ghanaian is so dull and some of us have to bring a difference. Jesus is not a boring, He needs praises and hot songs and that is what I bringing on board” he said.

Although he did mention names of gospel artiste who are dull in this business he said it is about time change is done.

To prove how serious he is, Minister Jonn Winner has featured Minister Isaac Simpson from US on a praise song called Call Him.

On Call Him, the two musicians share their life stories on their latest song. While Jonn Winner talks about the difficulties he has been through before getting to where he is now, Isaac Simpson on the other hand says it hasn’t been easy for him at all.

The duo said they shared their testimonies to change lives of other people who might be going through their experiences.

Recorded by sound engineer A.B last month, Call Him is a very good attempt by the two gospel musicians. The song has international appeal and this writer has no doubt the song will travel far.

In an interview with John Winner, he said he has come to change the face of the gospel scene. “No disrespect to any gospel but the Ghanaian is so dull and some of us have to bring a difference” he said.

Jonn Winner who had two songs on Trigger Barima’s album Kɔkɔte, Cover and Angelica, is known for other songs like God Be Too Much and I Can’t Imagine.

He is planning to release an album by the end of the year and he says it will feature great gospel musicians in Ghana.

He is out with a nice video of Call Him and the artiste hopes both song and video wins award locally and internationally.