Christopher Lee dies at the age of 93 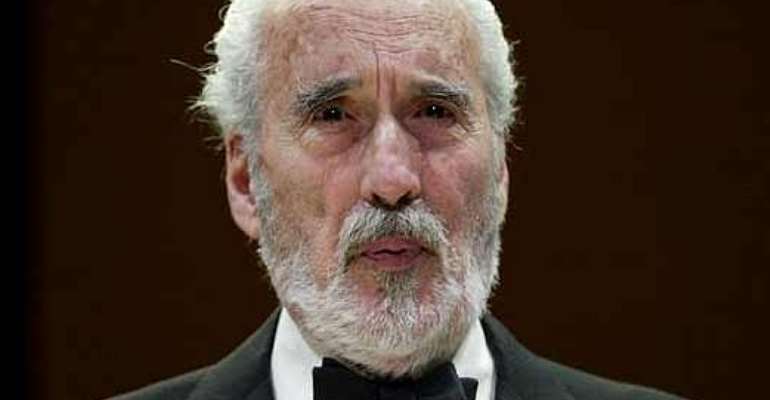 Sir Christopher Lee has died at the age of 93 after being hospitalised for respiratory problems and heart failure.

The veteran actor, best known for a variety of films from Dracula to The Wicker Man through to the Lord of the Rings trilogy, passed away on Sunday morning at Chelsea and Westminster Hospital in London, according to sources.

The decision to release the news days after was based on his wife's desire to inform family members first. The couple had been married for over 50 years.

As well as his career in film, Lee also released a series of heavy metal albums, including Charlemagne: The Omens of Death. He was knighted in 2009 for services to drama and charity and was awarded the Bafta fellowship in 2011.

His film career started in 1947 with a role in gothic romance Corridor of Mirrors but it wasn't until the late 50s, when Lee worked with Hammer, that he started gaining fame. His first role with the studio was The Curse of Frankenstein and it was the first of 20 films that he made with Peter Cushing, who also became a close friend. 'Hammer was an important part of my life, and generally speaking, we all had a lot of fun,' he said in a 2001 interview.

Lee's most famous role for Hammer was playing Dracula, a role which became one of his most widely recognised although the actor wasn't pleased with how the character was treated. 'They gave me nothing to do!' he told Total Film in 2005. 'I pleaded with Hammer to let me use some of the lines that Bram Stoker had written. Occasionally, I sneaked one in. Eventually I told them that I wasn't going to play Dracula any more. All hell broke loose.'

In the 70s, Lee continued to gain fame in the horror genre with a role in The Wicker Man, a film which he considered to be his best. 'Wonderful film… had a hell of a time getting it made,' he said. 'Its power lies in the fact that you never expect what eventually happens, because everyone is so nice.' He went on to play a Bond villain in 1974's The Man with the Golden Gun and turned down a role in Halloween, which he later said was one of biggest career regrets. In his career, he also turned down a role in Airplane!, something he also regretted.

His concern over being typecast in horror films led him to Hollywood and roles in Airport '77 and Steven Spielberg's 1941. His career saw a resurgence in 2001 with a role as Saruman in the Lord of the Rings trilogy and then as Count Dooku in Star Wars Episode II: Attack of the Clones and Star Wars Episode III: Revenge of the Sith.

He also became a regular collaborator with Tim Burton, who cast him in Sleepy Hollow, Corpse Bride and Charlie and the Chocolate Factory, Alice in Wonderland and Dark Shadows. Burton went on to award him with a Bafta fellowship.

In 2011, he returned to Hammer with a role in the Hilary Swank thriller The Resident although he generally tried to avoid the horror genre in later years. 'There have been some absolutely ghastly films recently, physically repellent,' he said. 'What we did was fantasy, fairy tales – no real person can copy what we did. But they can do what Hannibal Lecter does, if they're so inclined, people like Jeffrey Dahmer and Dennis Nilsen, and for that reason, I think such films are dangerous.'

After dabbling with music throughout much of his career, including a song on The Wicker Man soundtrack, Lee released his first full-length album Charlemagne: By the Sword and the Cross in 2010. It was well-received by the heavy metal community and won him the spirit of metal award at the 2010 Metal Hammer Golden Gods ceremony.

His 2013 single Jingle Hell entered the Billboard Hot 100 at number 22, which made him the oldest living artist to ever enter the charts.

Lee still has one film yet to be released, the fantasy film Angels in Notting Hill, where he plays a godly figure who looks after the universe. He was also set to star in 9/11 drama The 11th opposite Uma Thurman but it's believed that the film hadn't yet started production.

In an interview in 2013, Lee spoke about his love of acting. 'Making films has never just been a job to me, it is my life,' he said. 'I have some interests outside of acting - I sing and I've written books, for instance - but acting is what keeps me going, it's what I do, it gives life purpose.'