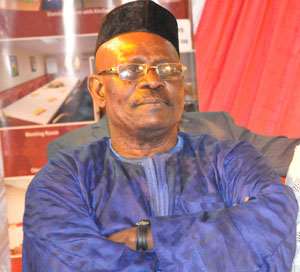 A number of music stakeholders have commended the former President of the Musicians Union of Ghana (MUSIGA), Alhaji Sidiku Buari, for playing a vital role in the development of the Ghanaian music industry.

A section of the music stakeholders in a meeting in Accra disclosed that Alhaji Sidiku Buari during his reign was able to affiliate the union with the International Federation of Musicians (FIM).

In addition to that, the stakeholders claimed that Sidiku Buari collaborated with FIM to organise a series of seminars, workshops, among others, to upgrade the skills of musicians and composers in the country.

They mentioned that the former MUSIGA boss also encouraged young musicians to compose good lyrics to educate people on social issues, and was able to influence FIM to sponsor a number of projects initiated by MUSIGA.

They added that a large number of music stakeholders benefited a lot from the Buari-led administration when he doubled as MUSIGA president and vice chairman of FIM.