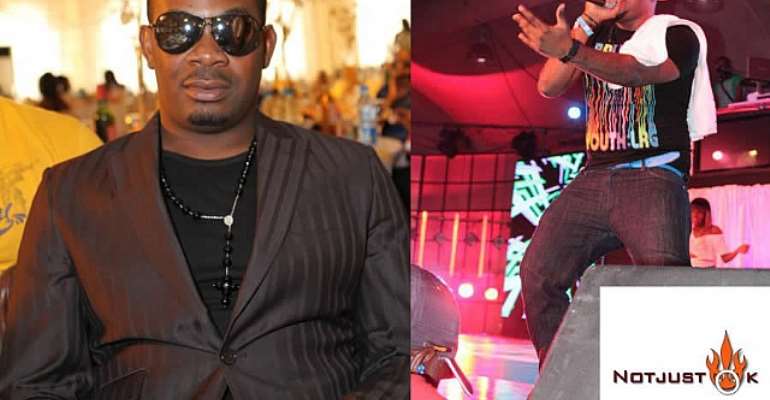 The 5th edition of Ghana's biggest music event, Tigo Ghana Meets Naija has exceeded the expectations of patrons as they confess the organisation and the performances were 'spectacular'.

'The performances were world-class and unexpected. I tell you, there were too many surprises. We have seen our stars perform but they were different people tonight. They still had the talent, but executed their performances in a different kind of way,' said a middle-aged female concert enthusiast.

“It was all about the music. Nothing else. Just the music. They gave us the music and we consumed it. Now we are over-satisfied and I feel like paying more money to the organisers. Empire Entertainment for life!' said a young man who identified himself as Farouk Momen.

The Accra International Conference Center went ablaze with excitement on Saturday night, May 23, when the Ghanaian trio of rap and dancehall talents, Stonebwoy, Shatta Wale and Sarkodie clashed with the trending face of Nigerian music, the Mavins – Dr.SID, D’Prince, Reekado Banks, Korede Bello and Di'Ja led by Don Jazzy.

Those who took part in this year’s concert have indeed been given the 'premium entertainment experience' promised by the General Manager of Empire Group of Companies, Ms Laillah Crystal Banda.

Also performing on the night was Ruff n Smooth, MzVee, Nero X and a host of young talents.

This year's event dubbed 'Unleashing Unlimited Music', was powered by Empire Entertainment and proudly brought to you by Tigo Music.