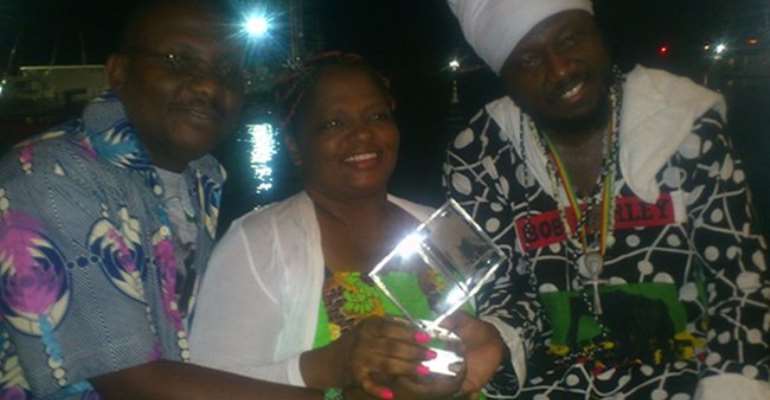 This is the first time Africa is being represented at the prestigious event.

The 'Barack Obama' hit-maker and his Herbalist Band, who were the only band chosen from Ghana, did the honours by thrilling a massive crowd of 50,000 fans at the festival that kicked off on Friday, May 15 and ended on Sunday, May 17 2015.

An elated Blakk Rasta speaking after receiving the award revealed that his band got several bookings after the festival and will be touring Trinidad, Canada, Guyana and America this summer.

He said, “this is the first time an African band is representing in this festival so all eyes were on us and there was a lot of pressure on us but we did our best and a lot of people wanted us to play other shows and in fact we had all the attention because we were the only black people on stage.”

The event was sponsored by the government of Ghana through the National Commission on Culture and the Ministry of Tourism, Culture and Creative Arts.

The trip and to Italy was under the auspices of the Embassy of Ghana in Italy.

Delaying To Release Seed Funds For Purchase Of Cocoa Unprece...
19 minutes ago

Buhari Must Show Willingness To Dialogue With Protestors – A...
19 minutes ago