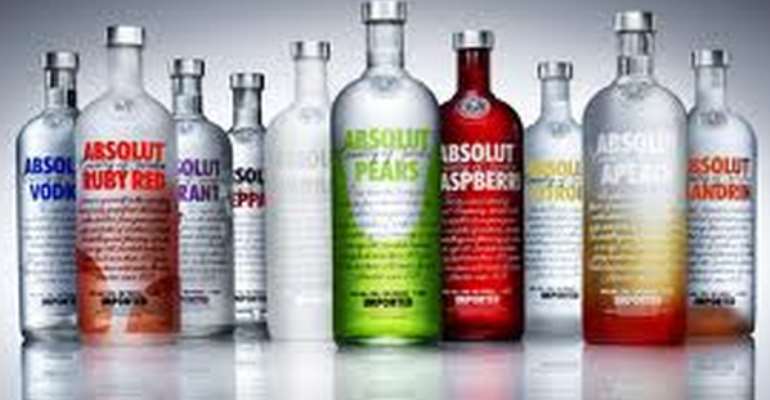 The 18th July 2015 will once again see South Africa’s paradise city Durban, host the awards, celebrating Africa’s musicians and achievers who have made the most impact on youth culture throughout the year. The MAMA is a world class staging of dazzling performances from the African continent as well as prominent international artists. A showcase of all-star collaborations between artists of different genres and cultures makes these awards the most riveting of its kind in Africa.

The sponsorship of the Best New Comer Award, “Best New Act Transformed by Absolut” is a highly relevant association for Absolut Vodka - long renowned for its innovation and creativity - so it is fitting that the brand has chosen to sponsor an award which celebrates new talent.

The partnership between Absolut Vodka and the MAMA has evolved tremendously this year after Absolut recognised the necessity for a localised African campaign.Absolut has stepped it up a notch with a campaign specifically designed to recognise unique qualities and passions reflected in African artists.

Africa is Absolutis a campaign which once again reflects the ability of a brand to push the boundaries of creativity and in so doingacknowledges artists who have done the same. The campaign identifies those who have remained true to their beliefs and passions, stuck to their own style, aren’t afraid to uniquely create through their innovative and creative means which prompt originality and ingenuity.With characteristicssynonymous with Absolut Vodka, through its partnership with the MAMA, the brand creates a platform that will not only raise the nominee’s profiles in their home towns but across the African continent during the build up to the MAMA.

“We are once again proud to be part of a pan-African music celebration such as the MAMA,” says Marketing Director of Pernod Ricard SA, Charl Bassil, “Not only does our partnership with Viacom International Media Networks Africa allow us to utilize the MAMA platform with the Africa is Absolut Campaign, but it will also allow Absolut to further ingrain artists outside their hometown to all of Sub-Saharan Africa.”

An additional partnership with Khuli Chana,emphasisesBassil’s latter reference to profiling artists outside of their hometowns. This partnership is a depiction of the transformation that Absolut is able to effect in artists’ lives.It also represents the type of artistry and vision that Absolut endorses as being Absolut. Selected because of his personal journey in the music industry Khuli is reflective of an artist who is self-believing, unique, creative and constantly innovative, the very nature of an Absolut Artist.

Absolut will assist in continuing to transform and amplify Khuli’s artistry by profiling him in Kenya, where he has already collaborated with a local artist. Khuli will perform at the MAMA Celebration Party in Nairobias well as the Absolut Art Bar parties which will be hosted in Ghana and Angola, using his own life storythe South African Motswako rapper willtestifyto his development from being a MAMA nominee.

This partnership will extend to the actual award ceremony in July where Khuli will present theBest New Act Transformed by Absolut award. “Khuli Chana is a true definition of what it means to be Absolut. His grit to stick to his rap style and artistry is what truly makes him a great spokesperson for our campaign.

Although, he has not won this specific category at the MAMA previously, We are excited to have him award the winner of the Best New Act Transformed by Absolut on the night of the MAMA”, said Charl Bassil. As a recipient of awards in other music properties, Khuli is completely cognisant of the prolific impact on the nominee’s. Absolut will play a transformational role in galvanizing votes for the respective nominees, to win the prestigious award.

Five nominees will compete in the Best New Act Transformed by Absolut category. The nominees will be announced on 11 June 2015 at the official nomination announcement, taking place in Johannesburg.