Meet Yayra: The perfect female ingredient to the music scene. 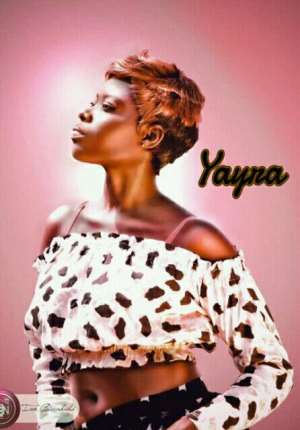 Born YAYRA AMETEWEE with stage name Yayra, She is a very cool and appealing young lady dedicated to building and exploring her God given talent to the whole world to see which is music.

Going through her Primary and Secondary education in Takoradi, She is also an old student of Archbishop Porter Girl's High School and currently studying at the Central University College, she recently introduced herself to the world by sharing the same stage with her first single “Get On It” with Samini, Keche, V.I.P, Kaaki and Bradez at the All Star Revolution Concert held by Homeproud Events which went wild and won more fans and followers.

Identifying her talent of singing, raping and dancing at a tender age of 11, music has then become part of her life doing more of Afro hip pop, R N B, and hip pop and is inspired by her environment and things she hears every day in life.

Yayra is however enjoying massive airplay with her first single “Get On It” and is yet to release her second single which she calls an “instant hit”.