One Direction become fastest selling British act in US 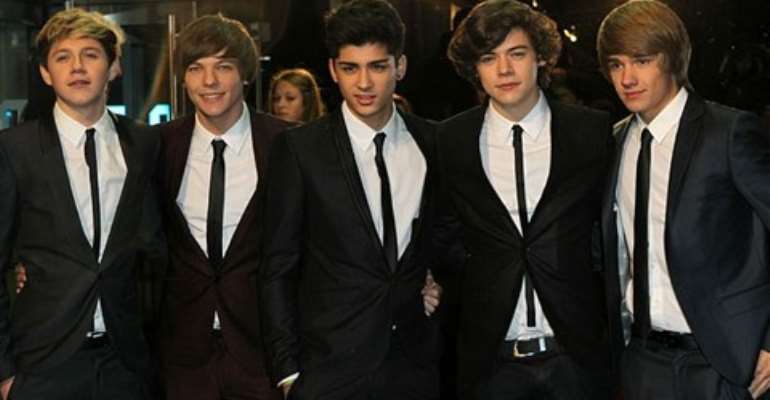 One Direction's Live While We're Young has become the fastest selling single by a British act in US music history, and is set to top the US Billboard pop charts after 341,000 copies of the single were sold.

The group's new track is set to top the US Billboard pop chart this week after selling 341,000 copies in its week of release and the boy band are thrilled at their huge triumph.

Irish band member Niall Horan said: "We're so happy with the success of the single in the USA and can't wait for everyone to hear our new album. Thank you to all the fans once again."

The success comes shortly after the group - which also includes Harry Styles, Zayn Malik and Liam Payne - failed to top the UK charts, being beaten into third place by Rihanna's 'Diamonds' at number one and 'Gangnam style' by Korean star PSY at number two.

Despite One Direction finishing third in 2010's 'The X Factor' in the UK behind winner Matt Cardle and runner-up Rebecca Ferguson they have been more successful than both other acts put together since signing with Columbia Records.

Earlier this year the band's debut album, 'Up All Night', topped the US Billboard chart, gaining them a Guinness World Record for being the first British band to top the chart with their first album.

The success of One Direction has been compared to the British invasion of the 60s when the Beatles and the Rolling Stones became huge stars in America.