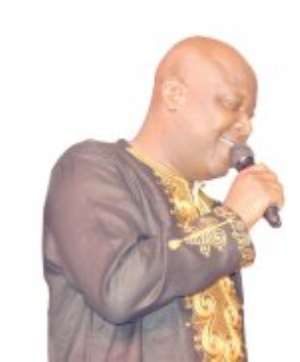 If you have lived in this country over the past decade, it is very likely that you would have been blessed to have had the opportunity of living in the era when two of Ghana’s most celebrated morning show hosts have been strutting the radio turf.

To put this in context, I would like to say initially that I have often held the view that Komla Dumor is perhaps the best thing that happened to urban radio when as a university student he chanced on it in the mid 1990s. His fast maturity to become the host of the Super Morning Show on Joy FM and subsequently moving on to the BBC to make it bigger is there for all to see.

However, while Dumor may have ridden in the shining light of the more up market audience focused stations, there was and has always been one other man who has been doing a fantastic and tremendous job of hobnobbing, and brilliantly so, with a station that has created the platform and opportunity for an audience base consisting hugely of people within the lower end of the market.

Kwami Sefa Kayi needs no introduction as, in my humble view, he has been the most consistent performer on the big stage of Ghanaian urban radio for almost two decades. He has been there and done all that than most other people have and in this column today, I will try to eulogise the legend in our midst.

When he was at Radio Gold and hosting programmes like Lunch With Kwami, Morning Show, Editor’s Help Line and Ka Na Wu, Kwami Sefa Kayi was like a demi god at the station. He was what you can refer to as the station’s poster boy as he hosted the juiciest programmes and interacted well with guests and listeners.

It must be noted that at Radio Gold Sefa Kayi primarily communicated with his guests and listeners in English although he could express himself in a few local languages and therefore interacted a few times with callers who preferred to speak those languages.

Thus his attempt at the time to transit as a purely English speaking broadcaster to one who would be broadcasting 90 per cent of the time in Akan was worrisome to key observers at the time and it was thought of as a risk that might put pay to his burgeoning career as an astute broadcaster.

His view was to take the risk and damn the consequences that were likely to come with it and one should admit that it had been a risk worth taking as his arrival at Peace FM has led to a collaboration that has multiplied his fortune (both broadcast and more) and that of the station as well.

The arrival of Sefa Kayi at Peace FM would be the beginning of the dominance of the station itself and its morning show in terms of share of listenership and reach in the capital and everywhere else that the station is listened to.

If Kwami Kayi was a demi god at his previous place of work then he had transmogrified (not strangely or grotesquely in this context) into a bigger, better and ominously destructive deity to his personal and the station’s competition.

The fact has to be mentioned that before Kayi arrived though, the station itself was on the rise and yet it needed his industry, guile, skill and talent to push it up further than it would have been without him.