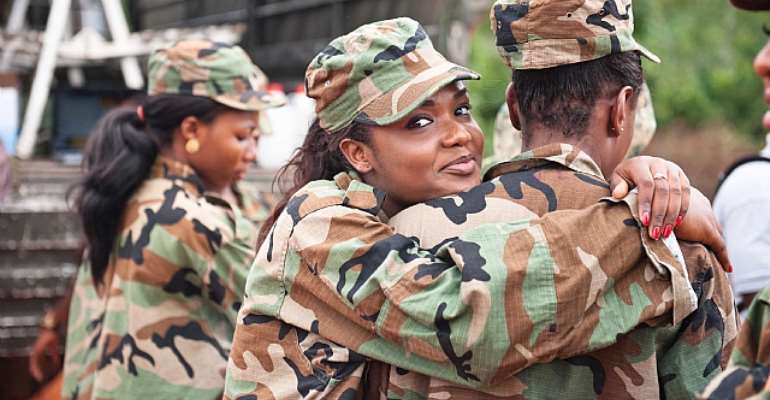 All twenty finalists of this year's Miss Ghana beauty pageant have successfully undergone a four-day Military Boot Camp at the St. Anthony Barracks of the Jungle Warfare School of the Ghana Armed Forces at Achiase, in the Eastern Region.

The four-day training exercise was to afford the contestants a unique opportunity to experience at first hand, the dynamics of the military institution, which is regarded as a forte of discipline, as well as to condition them mentally for the journey ahead of the national finals.

They were taken through physical training, which included regular fitness workouts, courses in time management and communication, as well as lessons in team building and cohesion.

Officials of the institution said the lessons where structured around those areas to help the contestants better appreciate time, communicate well with each other and also build a formidable unit force ahead of the finals, which is weeks away.

Not only were they given classroom lessons, the contestants were taken through various fitness drills during their four-day stay at the Jungle Warfare School.

They took part in a special “Booby Trap” training session in the jungle, which was to enable them value the techniques used to withstand threats and possible opposition, as well as a firing/shooting demonstration, whose moral was to get the contestants to aim and achieve their targets in life.

It was an exhausting yet fun-filled four-day exercise that also saw the contestants take part in a mountain-climbing exercise off Mountain Apimso, one of the highest in the Eastern Region.

Obviously impressed by the dedication and seriousness with which they took their Boot Camp, officials of the facility said the Miss Ghana 2012 contestants were one of their best trainees in recent times.

“We've been receiving guests here every now and then, but you are special. You've shown that you are not just beauty queens, but young ladies with passion and dedication for what you believe in,” said Major Joseph Buame of the JWS.

“We hosted you because we believe this pageant adds to Ghana's heritage, and we are happy that you proved us right by excelling in the tasks we gave you during your four-day stay”.