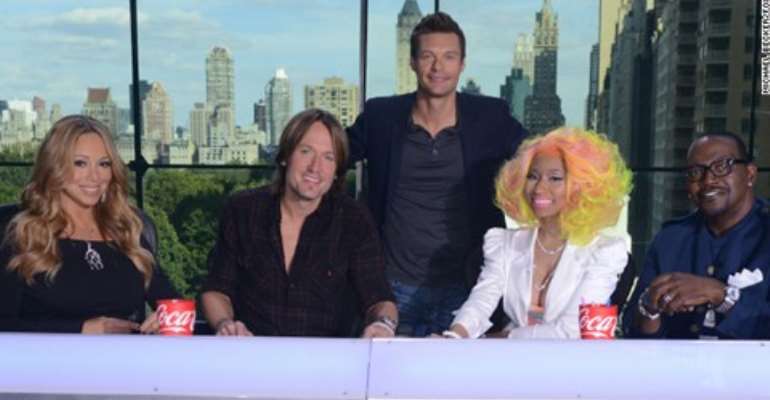 The panel is growing from three to four judges next season, with singer Mariah Carey, hired in July, and "Idol" original Randy Jackson sitting with Minaj and Urban, the network said.

Rocker Steven Tyler and singer Jennifer Lopez left the show at the end of last season, after judging for two seasons.

Jackson's return was made official after weeks of speculation he would move to a mentor role on the show.

"Minaj became the first female solo artist to have seven singles simultaneously on the Billboard Hot 100 chart," it said.

Minaj, 29, "represents a different side of the music industry, who has now crossed into mainstream culture with her unique artistry, style and flair," Cecile Frot-Coutaz, the CEO of "Idol" owner FremantleMedia, said.

Urban, 44, is a four-time Grammy Award winner and has recorded 14 songs that topped the country music charts.

He's "one of country music's true stars who brings with him charm, wit and knowledge about the industry," Frot-Coutaz said.

"It's really an honor to have been invited to be a part of the 'American Idol' family," Urban said in a statement to CNN Sunday. "I'm looking forward to working with everyone and to seeing the same passion that I have for music in all of the participants."