All set for the Viasat 1 Talent Show – BORN STARZ 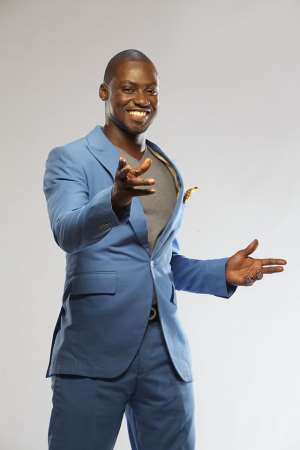 Auditions for the maiden edition of Viasat1's new talent show BORN STARZ comes off this Saturday September 15 2012 at the NAFTI studios in Accra.

Among the significant features in Born Starz is the opportunity given to talented amateurs to build on their skill and confidence. These include a wide range of talents such as magicians, jugglers, puppeteers, comedians, acrobatics, dancers, singers, and more. It is a true celebration of Ghanaian talents as an array of both young and old vie for their chance to strut and perform on stage with the aim to win the grand prize.

There will be eleven audition shows with one act going through to the next level each week. These auditions will be broadcast on Viasat1 from October. Eleven contestants will perform in the semi-finals on January 5, 2013 and 5 finalists in the grand finale on January 12, 2013. These will be shown live on Viasat1.

The Chief Executive Officer of Viasat1, Charlotte Gustavsson, is excited about the talent show. She says “The introduction of Born Starz will help more of our viewers to identify with the Viasat 1 brand as their own. This is another step in our continuous effort to invest in Viasat 1. Over the months, we have unveiled a number of OWN productions, and the addition of our new talent show confirms our goal to deliver on our promise.”

“We have outlined a strong team consisting of a presenter and three judges, who we believe will raise the standard of the maiden edition of Born Starz to the highest level,” the CEO adds.

Multi-talented Chris Attoh was confirmed as the Presenter for the 13-week show about a week ago. Chris is well known for his charm and charisma in presentation, as well as his professionalism. His different personalities will upgrade the maiden edition of Born Starz to a perfect first season.

To judge and decide who progresses into the next round are three vibrant and distinguished personalities. Music legend Paulina Oduro has made the headlines for her sweet, melodic voice and quite recently, her role in movies. Paulina has performed with a number of reggae and soca bands. She was one of the lead female vocals with the Western Diamonds, the top highlife group from the early to mid-1990s. As the only female judge, she brings a soft and feminine touch to the talent show.

Ben Brako, also a Ghanaian music legend, takes the hot seat as judge of Born Starz. Ben Brako has had a career spanning over 20 years. Born in Accra on 20th May, 1952 Ben took an active interest in the music and entertainment world at a very young age. Yet, he is one of the few musicians who took his education very serious. He holds a BA in Agricultural Economics from the University of Ghana, and BA in Media Communication Studies from East London University.

Application forms are available at Koala Shopping Mall (Osu), NAFTI studios (Cantonments), Viasat1 (Labone) and MAP (Labone). A soft copy of the form is also available online for download at www.viasat1.com.gh. Applicants must fill the forms and be at the NAFTI studios on Saturday at 7am to audition for the first round.