Big Brother star, Lady May, to perform in Ghana 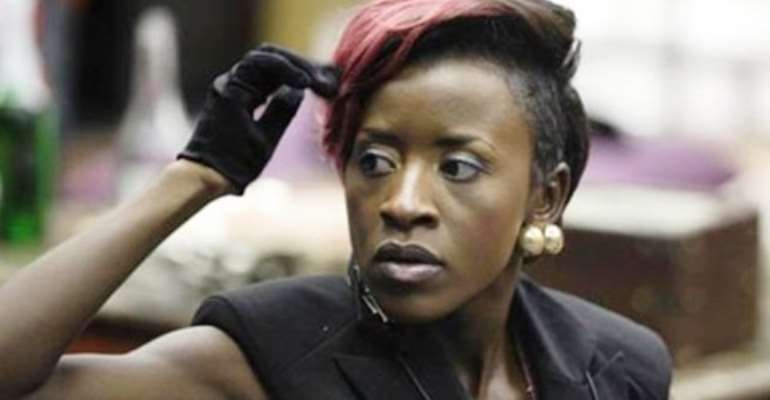 Big Brother Africa star and Namibian singer Martha Namundjebo popularly known as Lady May is expected to perform in Ghana on September 22.

Lady, who represented Namibia at this year's Big Brother Africa StarGame reality show, will be performing in her first ever visit to the country at this year's African Legends Night at the Banquette Hall, State House, Accra.

She will be performing at the concert which will be headlined by South Africa music legend Hugh Masakela and will also see hi-life legend, Ben Brako, saxophonist Steve Bedi, and Bertha in performance.

Lady May started singing at the age of six but hit the limelight in 2004 with the release of her first album Kamali, an album that won her her first award at the Sanlam-NBC Music Awards in Windhoek, Namibia.

Her combination of 'Oshiwambo' traditional music and western pop has made her one of the most popular female singers in Namibia and beyond.

Signed to a South African record label Big Ear Records and with five albums to her credit, Lady May has been nominated and won several awards prominent among them is the Channel O Music Video Awards.

The Come and Get Me singer's successful musical career is however not without drama. On June 4, 2011, she received the Best House Music at the Namibian Annual Music Awards, however, after verbally abusing the audience, she was walked out of the hall and had to return the award.

Lady May subsequently apologized ath a press conference on June 7, 2011 for the mishap.

She got the opportunity to represent Namibia at the Big Brother Africa (StarGame) reality show, season seven, which saw South African Keagan Petersen emerge winner. Lady May, in 2008, performed at the live eviction show of Season three of the reality show.