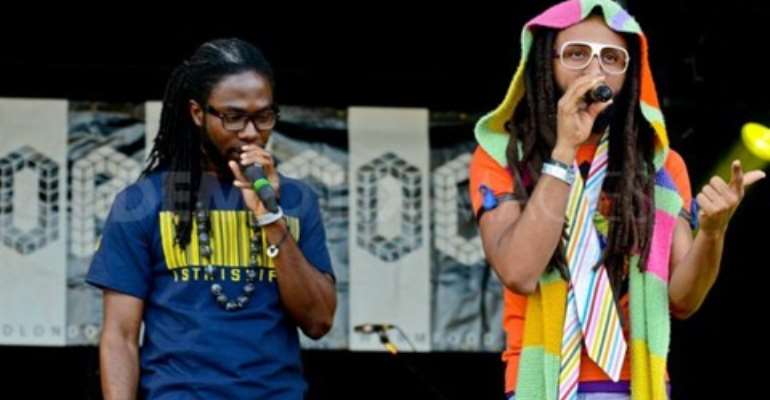 Music duo, FOKN Bois has disclosed that the four finalists selected from their Big in Ghana Tour will be groomed to do music internationally.

The lucky four will join the FOKN Bois, Yaa Pono, and Efya on a four-city tour, which will see them perform in Takoradi, Tema, Accra and Kumasi.

The four-city-tour kicked off at the Jubilee Park, Takoradi on August 24 and the Chemu Park C.7, Tema Saturday, August 25.

The tour stops at the Cultural Center in Kumasi on Friday, August 31 and then finally to the Holy Gardens, Accra on Saturday, September 1.

During the four-city tour, Wanlov the Kubolor and M3nsa, who make up the FOKN Bois, told Myjoyonline.com, Ghanaians will vote for one of the four finalists who will emerge winner.

They explained that they are trying to setup a platform for finalists whose talents will be enhanced to meet international standards.

“What happens is when you win, you actually win GHc20,000 worth of prizes. These prizes include a music video, professional recording sessions, promotional and some kind of grooming for them so that they can move on to the next step,” M3nsa disclosed.

He added that, “What we are hoping to do is to get them to reach a level where is international quality. So these guys can perform on any stage in the world, no miming proper professional approach towards music.”