Most music lyrics these days do not make sense - T-Blaze 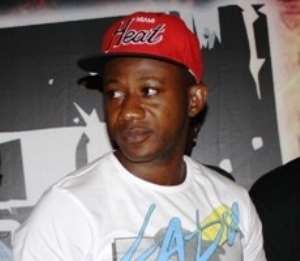 Hip-life artiste T-Blaze known for the hit song, Feelin No Ye Deep has said the lyrics of songs being produced these days do not make sense.

Speaking to Hitz Entertainment News, T-Blaze indicated that the focus of these songs has shifted from the lyrical content of the song, which used to be the norm in the late 1990s, to just the beat.

He noted that, unlike the 1990s where they focused on the lyrics and the rhymes, “the tempo [now] has gone up and basically it's not about the lyrics but just the beat and how danceable the track is.”

According to him, songs like Secretary and Feeling No Ye Deep, one could easily explain the subject matter in the song but these days it is not like that anymore.

T-Blaze lamented that, the trend is worrying because an artiste cannot really say much in a song: “the song is so fast you can't really put the lyrical content in the song, you just have to keep on rhyming.”

T-Blaze will perform alongside other renowned hip-life artistes, including Akatakyie and TH 4 Kwaages, on September 21 at Empire Entertainment's Back In Da Day Concert.