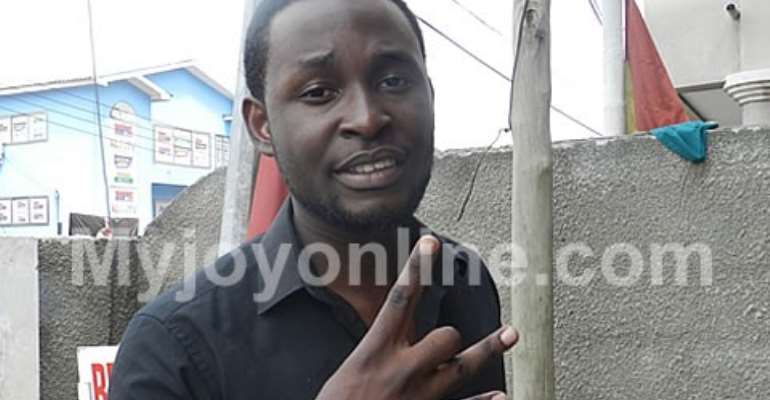 Ghana's representative in the Big Brother Africa (StarGame) reality show, Keitta is set to hold a three-day fun-packed party to celebrate his appearance at this year's show.

He ended up being the country's best performing housemate after staying in the Big Brother House for 77-days.

Keitta explained in an interview with Myjoyonline.com that, “the party is for my fans, people who supported me and I am just holding a three-day thing for everybody to come party with me at Grand Pappaz.”

The climax of the three-day party, which starts at the Rockstone's Office on Friday, August 17, will see the attendance of some of the Big Brother Africa StarGame housemates.

“I will be partying with some of my Big Brother Africa friends,” he disclosed and added that “I can confirm Ola” will be attending but the rest, he hinted, will be confirmed as time goes on.

After Friday's opening session, the party train hits the Aphrodisiac Nite Club on Saturday, August 18 and then back to the Grand Pappaz on Sunday, August 19.

Keitta, who is the younger brother of hiplife godfather, Reggie Rockstone, disclosed that from August 24 he will hold a month long special party at the Rockstone's Office for his fans again.

The event, he said is to enable his fans “have that interaction that they have always been looking for to ask me about anything that happened in the [Big Brother Africa] house.”

According to him, to spice things up, he will also be behind the counter to personally serve his fans drinks during the interaction.

Keitta, who was very famous for his Azonto dance moves in the Big Brother House, disclosed that he is laying the foundation to get outlets to sell his customized King Azonto Keitta t-shirts.

The t-shirts were sold out in South Africa when it went on sale earlier this month.