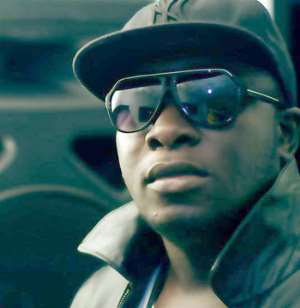 THE 'Next Big Thing', Ghana's first hip-hop star search, moves into the semi-final stage this weekend. The series which is shown on GH-One entertainment television on Sundays at 6PM, is slowly but surely, gaining popularity.

In previous weeks, viewers saw the extremely exciting audition sessions which took place in Accra and in Kumasi, and got the chance to appreciate the concept of the hip-hop star search as conceived by the team at GH-One . It was certainly entertaining watching the contestants' freestyle rap on some popular hip-hop beat.

Come Sunday, July 28, 2012, viewers would get the chance to meet the final 35 contestants, who would be going through the live competition. These 35 emcees have gone through a baptism of fire with the audition sessions' judges, Jayso and Okyeame Kwame and needed to be commended for coming this far.

The journey to stardom was not over for the 35 finalists, as they were yet to face weekly live performances with the aim of impressing the judges and viewers. There would be weekly eviction shows which would cut down the number of the performers as the weeks went by.

The Judges who would be making the important decisions of who stayed and who left the series would be PY, Jayso and Okyeame Quame.

Organised in line with the entertainment agenda of GH-One entertainment television, the 'Next Big Thing' series aimed among other things, to direct some energy into the development of Ghana's budding hip-hop industry with its associated music and culture.

All over the world, hip-hop was fast gaining a place of prominence in the competitive music industry, and Ghana certainly needed to develop the skills of the next generation of emcees to take their rightful place on the world scene.

The 'Next Big Thing' series, the first of its kind in Ghana, has been lauded by industry professionals as what the music form needed to move to the next level.