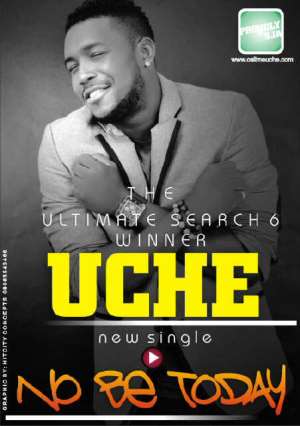 After GUS success he featured in many movies . He has since gone back to his original love 'music' which has kept him in the studio for months putting finishing torches to his upcoming album and as worked with producers like Samclef , Muno , Mentor, and a host of other talented individuals .

His music inspirations are 2face, R Kelly and Micheal Jackson, he plans to work with 2face Idibia, Vector and other renowned Nigerian artists. No Be Today is the first single off the album titled 'Jungle 2 Studio' which promises to be "GRAND". ENJOY!