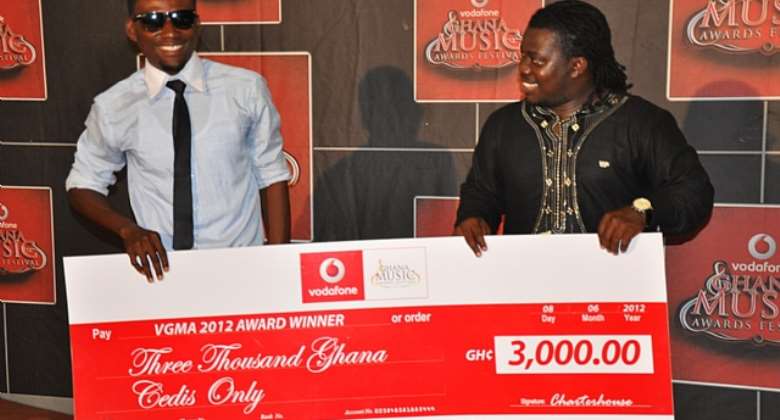 Winners of the 2012 Vodafone Ghana Music Awards (VGMAs) were presented with their prizes yesterday at the offices of the musicians union here in Accra.

The 13th edition of the awards was held on April 13 at a star-studded event at the Dome of the Accra International Conference Centre saw Ghana's fastest rapper Sarkodie crowned Artiste of the Year prize for the second time.

Apart from that award, Sarkodie also won Best Rapper of the Year and Most Popular Song of the Year, all for his smash hit U Go Kill Me.

Other artistes such as the King of the Street Kwaw Kese, 4x4, Okyeame Kwame, Gifty Osei and Selina Boateng picked up awards each on the night.

Aside the winners and representatives, there were other industry personalities who were present at Wednesday's event.

Each winning artiste received GHS3,000 while the Artiste of the Year walked home with GHS10,000.