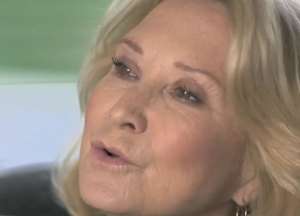 The actress, best known for her role in the seventies BBC sitcom The Good Life, said: “Africa is a lion on the move, with a richness of cultural diversity that deserves to be celebrated. I really enjoyed making this film, it's time we all opened our eyes to the good news coming out of Africa.”

World Africa Day perfectly encompasses the spirit of See Africa Differently by celebrating African diversity and success around the world, and highlighting the cultural and economic potential that exists on the continent.

Through the seeafricadifferently.com website the See Africa Differently campaign has quickly established itself as one of the most entertaining online hubs for all things great about Africa, posting thought provoking articles and quick fire facts to exclusive interviews and videos sourced from the likes of Vivienne Westwood, Kofi Annan and the Shakespeare globe theatre.

You can join the conversation by visiting www.seeafricadifferently.com, liking the See Africa Differently facebook page and following @See_Africa on Twitter.