Big Brother Stargame; In The House 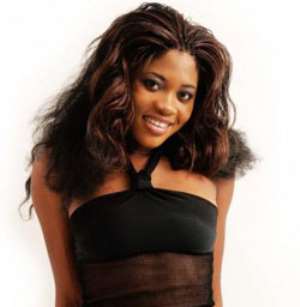 It seems like entertainment is never short in the Downville house. Luke and Yadel are still without a few of their clothes and toiletries, and are slowly getting annoyed with Big Brother for not delivering. The pair has also asked for medication, as the winter colds are setting in.

Luke was also annoyed at the fact that he had to stay up all night watching the fire without a jacket and medication. He also hasn't slept in two days. Luke and Yadel are not the only ones struggling with colds and flu. It seems like the flu is doing the rounds as Keagan, Lee and Zainab are also complaining. The pair has said that they were sacrificing their health for Big Brother and the viewers.

Nobody really has a problem with anybody else, however, Keagan thinks that Zainab is a bit strange and will probably cause a lot of drama in the future.

She requested on Tuesday to leave the show on voluntary grounds due to what she said were personal and family reasons, and also the exit would enable her pursue other interests back home.

She affirmed these reasons again during Wednesday's diary session. Big Brother however told her that her decision to quit the show meant that her partner in the game, Seydou, had to also pack his bags and exit with her.

This year's season, which is the seventh of Africa's most watched television reality show, saw the housemates applying in pairs and per the rules of the game, exits will also be done in pairs.

The 24-year-old former M-Net Face of Africa Model Search Top 10 finalist was however stunned when Big Brother made it known to her that she was exiting the show with her partner.

Several pleas for Big Brother to reconsider the decision to also exit with Seydou four days into the show yielded no results.

Esperanca left the dairy room confused and broken-hearted after Big Brother told her he would make preparations for their exit within 24 hours.

After pondering over the issue for a while with housemate Eve, the mother of one, with teary eyes, broke the news to her partner.

Seydou's reaction was swift. He emphasized that it was too early and he wasn't ready leave the US$300, 000 grand prize show.

He therefore took the initiative to talk Esperanca out of leaving, urging her to “be strong” and that they “are each other's safety net.”

Big Brother later called the pair into the dairy room to find out their final decision on the exit request.