Artiste Of The Year - Is It Efya's Time? 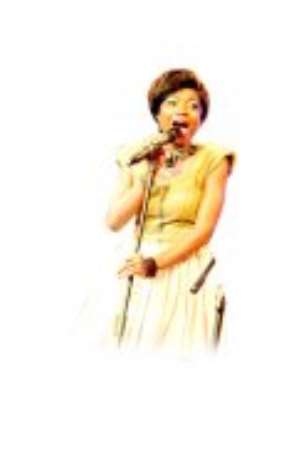 Of the 30 awards that are to be given out during this year’s Vodafone Ghana Music Awards (VGMA) the one which has been most expected and which has earned the most speculation among ardent music fans is the Artiste of the Year which also happens to be the topmost award among the lot.

Come Saturday, April 14 at the Dome in Accra who picks up that prize will be decided from a list of seven nominees comprising Becca, Okyeame Kwame, Sarkodie, , R2Bees, 4x4 and Kwaw Kesse. The award goes with an amount of GHc10,000.

According to event organizers Charterhouse, ‘the Artiste of the Year is the artiste(s) adjudged by the VGMA Academy (Selection Committee), VGMA Board (Planning Committee) and the general public as the artiste (s) with the highest audience appeal and popularity. The artiste(s) should have released a hit single/album during the year under review.’

Three of those in contention this year have won the prize before: Kwaw Kesse (2008), Okyeame Kwame (2009) and Sarkodie (2010) but it is still an open race and a whole lot of conjectures have been thrown up by music lovers who have now become used to males picking up the award. Is it ’s time?

has continued to grow in confidence since winning the Best Female Vocal Performance award with Little Things last year.

She has won that award again this year with I’m In Love With You and she scored well with the fans at all the shows she played last year doing songs like Cigarette, Sexy Sassy Wahala and The Getaway.

The award could be a straight fight between her and Sarkodie.

Sarkodie is one of the guys who seem unstoppable when they decide to display how well they can rap and entertain on stage. He was constantly on the move and deserves to wear the Artiste of the Year crown again.

Becca is a fine singer and has been around since 2007. She was nominated for the Artiste of the Year award in 2008 but she did not win it.

Her Sugar song rather won her the Record of the Year award for that year.

She has consistently put out admirable singles and appeared on some major platforms here and in Nigeria. She finished the year under review with her much talked-about Girl Talk show.

Okyeame Kwame’s Faithful, featuring Bertha, has done a lot of magic for him since its release.

In this year’s awards, that song has already bagged him the Songwriter of the Year award.

He wasn’t a hot property in the year being considered but he can attract votes for his likeable personality.

Kwaw Kesse was, somehow, a surprise inclusion in this year’s Artiste of the Year list. There are still flashes of the form he displayed a few years ago but one cannot bet on him winning the award.

R2Bees had caught attention with some songs not too long ago but the Agyei track (featuring Sarkodie and Nana Boroo) which was their trump card in the period under review was disqualified from the awards scheme for containing explicit lyrics.

The group’s manager initially said that was not a problem for them because they set out to do something people would love and necessarily to win an award at the VGMA.

The group later used some social media platforms to express their displeasure at Agyei’s disqualification. It doesn’t look like R2Bees can win the award.

The 4X4 trio of Coded, Captain Planet and Fresh Prince is among the crowd pullers on the scene and has done well to be in the list of those gunning for the top prize. Much as the public love tracks like Waist and Power and Yese Yesee, it seems it is not yet 4X4’s time to win the Artiste of the Year honour.

As the seven acts for this year get on their marks for next Saturday’s big event at the Dome, and Sarkodie appear neck and neck in the race and many won’t be surprised if the male domination in the category is shattered this time around.