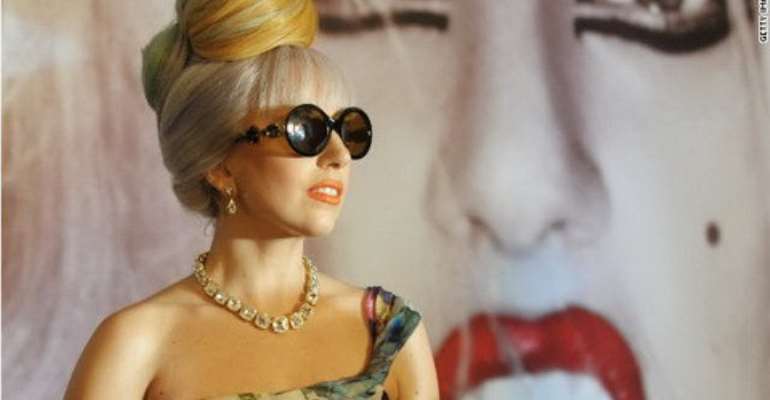 Lady Gaga did not attend the Los Angeles ceremony

Lady Gaga and Dancing With The Stars were among the winners at the Gay and Lesbian Alliance Against Defamation (Glaad) awards in Los Angeles.

The producers of new TV musical drama series Smash picked up the Vito Russo award at the ceremony.

Winners Neil Meron and Craig Zadan are also behind movies including Oscar-winning musical Chicago and Hairspray.

The prize is named after the late gay rights activist and presented to an openly LGBT media professional who has made a significant contribution to promoting equality.

Zadan said being gay was "part of who I am, so it impacts the work that we do".

Meron said he and Zadan had spent years trying to "fight, persuade and manipulate" the entertainment industry to include lesbian, gay, bisexual and transgender characters and stories.

They also recounted how they had received death threats following their controversial 2003 mini-series The Reagans, which argued that former US President Ronald Reagan failed to recognise the Aids crisis.

It starred Tim Robbins, Diane Lane and James Gandolfini and was based on the 1973 PBS American Family documentary that featured the first openly gay person on television.

Best talk show episode went to Oprah Winfrey's programme for the episode Coming Out on the Oprah Show: 25 Years of Unforgettable Guests.

Playwright Tony Kushner won the theatre award for his play, The Intelligent Homosexual's Guide to Capitalism and Socialism with a Key to the Scriptures.