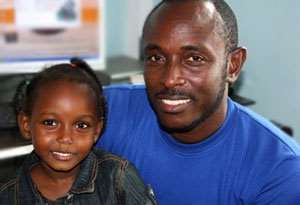 One of Ghana's few astute actors and directors Godwin Nikoi Kotey passed away on Monday night after battling with an ailment believed to be cancer.

Citifmonline.com gathers that Kotey, who was one of the creative directors of the 2008 Africa Cup of Nations' opening ceremony in Ghana, returned from the United States four days ago and gave up the ghost at home.

Kotey, of the “Inspector Bediaku” fame, was born on Monday, October 18, 1965, and was raised in Bukom a suburb in the Greater Accra Region of Ghana. At age five Kotey discovered his talent where he gathered his peers and performed for them.

By the age of 10 he had developed an admirable skill in auditory with an impressive vocabulary that was acquired from being an avid reader. He partook in every school performance as he grew older leaving very little doubt where his talent and desire lay when it came to the arts.