Okyeame Kwame To Screen 1,200 For Hepatitis B In Tamale 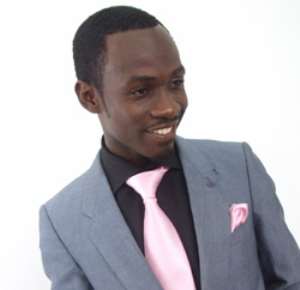 Multiple award-winning Hiplife artiste, Okyeame Kwame, real name Kwame Nsiah-Apau, is set to drop a single on Hepatitis B this year - but not until he has finished his business at the chief's palace in Tamale.

Come this Saturday, February 25, the rapper and his team of dedicated medical personnel from MDS-Lancet Laboratory in Accra would pitch camp at the palace of the Chief of Tamale, Dakpema Dawuni Abdulai.

Their mission would be to screen an estimated 1,200 Ghanaians free-of-charge, as part of the nationwide Hepatitis B screening started last year by the Okyeame Kwame Hepatitis B Foundation and supported by the MTN-Ghana Foundation.

Okyeame Kwame, who disclosed this yesterday, said his foundation had so far screened about 38,000 Ghanaians, and hoped his aim of reaching 5,000 Ghanaians with free Hepatitis B screening would be achieved on Saturday.

Last year, the Okyeame Kwame Hepatitis B Foundation organized free Hepatitis B campaigns - including education and screenings - in some parts of the country.

In all, about 38,000 Ghanaians benefited from free medical attention and screening at events held at the British Council Hall and Kwame Nkrumah Circle (in Accra), Prempeh Assembly Hall, KNUST Campus and Ayigya Taxi Rank (in Kumasi), the Methodist Church at Nkawkaw (Eastern region), and the Market Circle at Takoradi, among others.

The forthcoming Tamale screening would hopefully register the needed patronage to attain the 5,000 target.

Okyeame Kwame said: 'Because my overall target is to screen 5,000 Ghanaians in the short term, I am hoping that we reach that figure in Tamale.

'This, therefore, means that we're going to hopefully screen 1,200 at the chief's palace in Tamale, so I entreat everybody, including women and children to come there in their numbers,' he said.

He explained that apart from the support that his Hepatitis B foundation enjoyed from the MTN-Ghana Foundation and MDS Lancet Laboratory, the free screening drive also secured funding through proceeds from the sale of his album - 'The Clinic'.

'As I have said, 20 percent of the sales I make from my album goes into the free Hepatitis screening, so if you patronize my album, you're supporting a good cause,' Okyeame Kwame added, as he sent words of gratitude to Coca Cola 'for supporting us with drinks to refresh everybody we screen,' as well as Radio Zal and Northern Star radio, all in Tamale.

Odododiodoo: ‘Impotent’ Police Cause Of Constant Clashes – ...
15 minutes ago