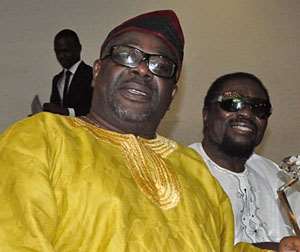 Scratch Studios has pledged its support to the Ghana music industry by setting up a subsidiary department for the popular hip-life genre of music which is widely accepted in the country.

The CEO of Scratch Studios, Kofi Amoakuhene, made this clear at the offices of the studio in East Legon, Accra, yesterday, where he stated that there would be reductions in the rates of studio time, use of instruments and professional voice training for members of the Musicians Union of Ghana (MUSIGA).

The studio also offered to work with up and coming artistes to produce their demos, thereby giving them the professional touch, outlook and also the opportunity to put their music out, thereby showcasing their talents.

Amoakuhene also stated that the Syncos music was synonymous with Scratch as soul music was to Motown records, as such talented artistes would also be required to feature on the syncos compilation, therefore giving an international platform to the artistes.

Performing artistes who are interested in this bid should register at the offices of Scratch Studios at 117 Freetown Avenue, adjacent the guest hotel in East Legon, Accra.