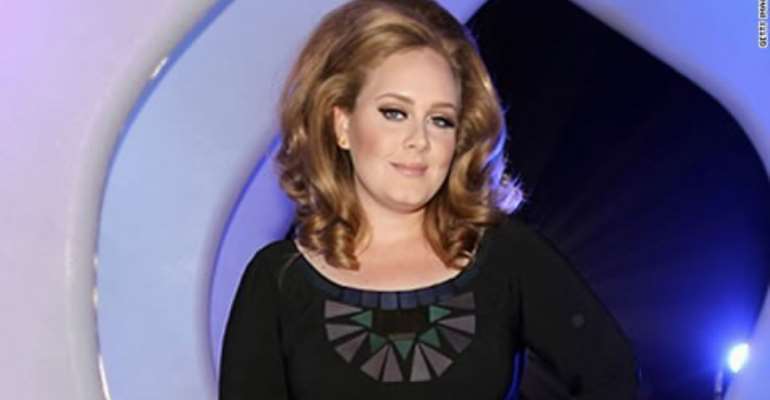 "Ima be, Ima be singing at the Grammys. It's been so long I started to forget I was a singer! I can't wait," Adele tweeted

Adele's vocal cords have healed from surgery in November, allowing the 23-year-old British songstress to perform on the Grammys stage next month, she and the Recording Academy confirmed Tuesday.

Adele let the big news out in a tweet: "Ima be, Ima be singing at the Grammys. It's been so long I started to forget I was a singer! I can't wait, speak soon xx"

"I'm immensely proud to have been asked to perform at this year's Grammy Awards," Adele said in the official news release. "It's an absolute honor to be included in such a night, and for it to be my first performance in months is very exciting and of course nerve-racking, but what a way to get back into it all."

There was uncertainty when the nominations were announced in late November if Adele's vocal cords would have healed enough to perform at the awards show, but it was clear producers wanted her.

Along with a "welcome back" to Adele, the 54th annual Grammys will include a "goodbye" performance by singer Glen Campbell.

Campbell, 75, launched his "Goodbye Tour" last year after revealing he had been diagnosed with Alzheimer's disease.

Campbell will be joined by current Grammy nominees Blake Shelton and The Band Perry for a live performance as part of a tribute to the five-time Grammy winner, the Recording Academy said.