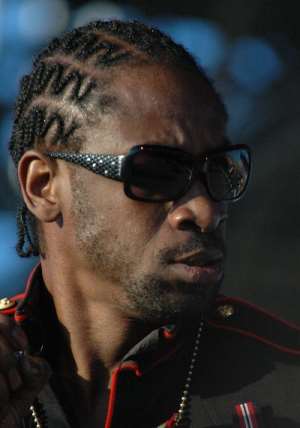 Since the start of 2012 dancehall Icon Bounty Killer has released a few songs to date which exemplifies the direction and wisdom this artist has shown within the last3 years.

While not relinquishing his persona as an hardcore act, he aims to be more resourceful and as such he has started the year on a positive note releasing a song titled 'Be On The Alert' featuring Wayne Marshall which is produced by Payday Music on the Real Reggae Riddim.

The song which appears to be cautioning parents and the wider society to be cognisant of persons who they interact with on a day to day basis, as these persons may be 'Pedophiles/Child Molestors'. Here are a few words from the song itself,

The lyrics and message being portrayed by this song is of immense importance and significance to all classes, as the occurrence of this behaviour is limited to no person, class or creed. The Stanza is surely on point and this song will definitely resonate with all well-thinking people.

He has also recorded and released a song titled 'Thine Will Be Done On Earth' on the Cool Down Riddim which epitomizes his stature as nothing but "Legendary". The song is 'timeless and priceless' and can be said to be Reggae/Dancehall's first prayer for 2012.

Fans don't usually get the opportunity to hear Bounty Killer in this way as he sings and djs on this solo track, a track where the artist is asking for divine intervention and speaking to the ills of today's society, the division, violence, poverty etc., but goes one step further within the song to encourage people to stay militant and don't lose their core as this may be your downfall in life. These are the first few lines of the song:

Bounty Killer is fervent on making good music and setting a standard where his younger Alliance Next Generation artistes can follow and emulate and as such the Dancehall Icon has implemented and instilled in his camp a series on Morals and Principles that he believes will assist members of his camp to stay true to themselves and be more focused.

He also wishes to share these with the wider public, as he believes his fans and family keeps him grounded. These Morals and Principles are as follows;

1. Love God and Live
2. Honor Your Mother and Father
3. Who Forget Where They are Coming From Has No Where Going
4. Dont Burn Your Bridges
5. Never Try To Outshine Your Master
6. Each One Teach One To Reach One
7. Alliance Means Mutual Benefit, You Help Me To Help We
8. Dont Get Bitter Get Better
9. If It's Not Rough It's Not Right, Easy Comess Easy Goes
10. Never Swap Your Soul 4 Gold

Bounty Killer may be one of dancehall's most controversial artiste but it is without fact that his contribution to Dancehall is tantamount to the growth of dancehall itself over the years, whether through introducing new talents, doing recordings or even just his presence itself. His legendary status in dancehall has no rival and with over 20 years at the top of his game he shows no signs of slowing down. This seems to be another Bounty-full year for the Alliance General and his ANG Camp.