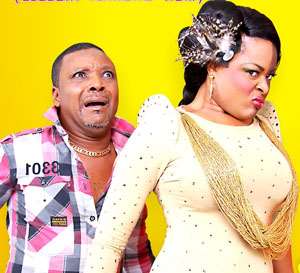 Dance guru Slim Buster has announced that all is set for the premiering of his movie titled 'HellMett' at the National Theatre on Saturday January 28, 2012.

In the said movie written by Mike Ofori and directed by Paa Kwesi of TV3, the musicians/dancer plays the lead role.

The movie tells the story of four successful friends whose worlds come to an end when they fall in love blindly. The movie stars Shika Dzoale, Harriet Mensah, Leticia Offei, Albert Dzah and a host of others.

Slim Busterr, who entered the music industry in 1986 after he won the 1986 National Dance Championship competition, told Beatwaves that the premiere will be impressive because it would witness musical performances by Tinny, Kwabena Kwabena, Wutah, 4×4, among others.

He declared that the night would be full of fun and excitement and no movie enthusiast would want to miss it.

Slim, who hinted that he would not praise himself for producing a good movie urged all his fans to attend the premiere to see the other side of him.

According to him, the premiering of ' Hellmett ' is anticipated to attract a large number of movie enthusiasts, stars and people from all a walks of life.

He noted that ' Hellmett' is a movie with enormous appeal because of its powerful setting, picture quality and story line.