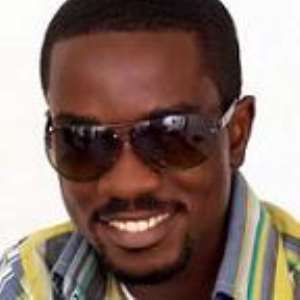 There is a lucid difference in the geographical location of these two stars and that is the only thing that seperates them.The media in a quest to sell their news have over the years assumed the role of promoting rivalry among the two finest rappers in Ghana.

A premeditation of
such a song inspired this piece.And if this comes to light it will definitely be a collaboration that will revamp the Hiphop genre and cause a revolution in Ghana music.Although this might sound impossible,it is not too far fetched.

and his successor,that of the 2009 winner,Michael Owusu Addo also known as SARKODIE (Ghana's fastest rapper) These two guys have so much in common as rappers.From their delivery of punchlines on every song to one common fact that every song they release is an instant hit.Way back in 2008, ASEM's 'gimme blow' and Sarkodie's 'gyimifo freestyle' were the most 'bluetoothed' songs just because they redefined rapping in twi.

These two rappers who both had their basic education at Achimota developed their raping skills whiles in St. John's Basic School (ASEM) and Achimota Basic School (SARKODIE).It is of no surprise that their lyrical discourse is somewhat similarly assertive.

News has been all over all along that they trade ironical lyrics at each other.Beefs are good for music in any case but be reminded that even Jay-Z and Nas squashed it all and went to the studio later on.

Yours truly,MAWULI POMARY just as many other music lovers is looking forward to a collaboration which will be the face of modern hiplife.Maybe it could be code-named 'MONEY NO BE PROBLEM enti WO BE DA NTEM'.