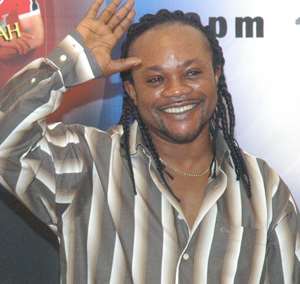 Virtually all roads in the Garden City, notably those that link to Miklin Hotel at Denyame, were jammed with cars.

Music lovers from all corners of Kumasi and beyond drove from their homes to see their idol Daddy Lumba perform live.

This resulted in heavy vehicular and human traffic in the city from the afternoon till late in the night.

Some of the people that spoke with BEATWAVES said their cars had been in traffic for more than three hours, in a journey which ideally should have taken them 20 minutes to cover.

At the main entrance of the event venue, police personnel detailed to provide security and maintain order were seen having a difficult time containing the excited crowd.

During the show, Daddy Lumba displayed why he is considered one of the best in the country by producing a superb show.

The ace musician sent the attendants of the show, especially the ladies, into a frenzy with his scintillating voice and stage performance.

In the end, those that spoke with BEATWAVES said they were pleased with Lumba's performance and that they wished he would perform in the city again very soon.