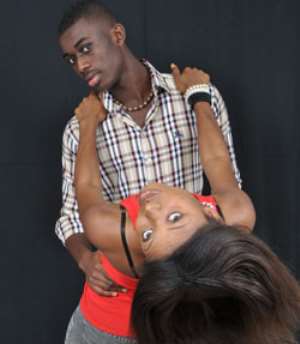 Tonight's contest would have the top three winners of the past four months competing among themselves in both the male and female categories.

The winners would become the official Exopa 'New Faces for 2011'.

The venue is the Exopa Burg behind the Ghana International Trade Fair and organizers have put together a list of entertaining drills for the contestants.

Overall winners of the competition will receive a cash amount, an exclusive 2-year modeling contract with the Exopa Modeling Agency, a special exposure package with NEWS-ONE newspaper and 'Allo TiGo' TV programme hosted by Jon Germain, and a feature on the upcoming 'Ghana Fashion Weekend 2012'.

This is the ultimate platform for up-and-coming talents both in the fashion and music arena, as the lives of participants have already begun changing for the better.

Each contestant will be given the opportunity to display their talent in dancing, especially the much-celebrated 'azonto' dance.

The designers will showcase African fabrics in a form more appealing to the youth, hence maximizing sales and patronage.

This event is set to help improve the modelling trends, as colourful African fabrics will be displayed on the runway by models of both sexes. The event will also see a great mixture of fashion and music as there will be guest appearances by the king of the streets Kwaw Kese, and other well-known artistes from Ghana and Benin.

The Exopa New Faces Model Contest is set to gradually transform the Ghanaian fashion industry as it is scheduled to take off every last Saturday of the month, with a finale in the last month of every year. This event is an initiative of Exopa Modelling Agency.