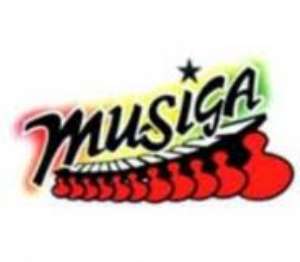 Accra, Dec. 14, GNA – The Musicians Union of Ghana (MUSIGA) has congratulated Rocky Dawuni who has been named by CNN as one of Africa's 10 top artistes.

“The Musicians Union of Ghana wishes to congratulate and share in the joy of its global ambassador Rocky Dawuni for being named by Cable News Network (CNN) among Africa's 10 top artistes on the global stage including the stalwarts Youssou Ndour, Asa, Knaan Caesarian Evora 2Face Idibia among others,” it said in a statement issued in Accra on Wednesday by its President Bice Osei Kuffour (Obour).

“We have always believed in the musical prowess as a great potential lifting the flag of Ghana high and placing Ghana on the world map when it comes to music,” the statement added.

MUSIGA said it they were these same qualities that CNN had seen that led to the naming of Rocky Dawuni as the Global Ambassador of the New MUSIGA.

MUSIGA said it was “very proud” of this feat that its global ambassador had been named among the top 10 artistes by no mean an institution than a global leader in news CNN.

“MUSIGA intends to ride on this high feat of its member and global ambassador to drive home the critical need for its members and indeed all Ghanaian musicians to aspire for greater heights and eschew mediocrity. Rocky Dawuni has clearly shown the way and has proved that with hard work and professionalism, we can go places.”

The statement said MUSIGA, under its new President and administration, intended to “work assiduously and professionally to lift the sinking image of Ghanaian music to an enviable one”.

However, it said, this could only be achieved working together as a unit.