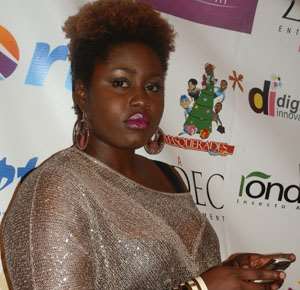 The movie is expected to make cinema success with a scheduled premiere on Friday, December 16 at the Silverbird Cinema in Accra.

It has been sponsored by rLG communication as part of its aims to support the entertainment industry in Ghana and beyond. Already, the company has signed Lydia Forson and Desmond Elliot as its brand ambassadors.

The movie, directed by Belgian director Xavier Arijs, also stars Adjetey Anang, Senanu Gbadewo, Desmond Elliot and others. The story was co-written by Lydia Forson and Habiba Nelson, CEO of Zedec Entertainment, while screenplay was by David Ammah.

Basically, the movie is a hilarious family comedy that explores today's contemporary family life during Christmas.

It tells the story of a family who are forced to come home, as a result of the death of their uncle, for their first Christmas together after several years apart .

As the funeral expenses pile up and in pursuit of social status, each family member is determined to maintain a lifestyle that will compliment how rich they claim to be. There the intrigue and suspense begins. Movie enthusiasts will have the opportunity to uncover the entire story come December 16.

Zedec Entertainment is re-launching Lydia's career in Ghana with this movie.