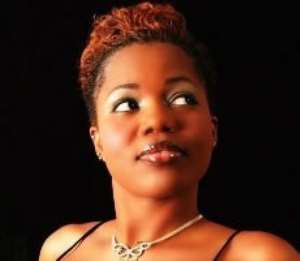 The Motor and Traffic Court on Monday adjourned to December 27, the case involving Nana Ekua Amoah, aka Mzbel, a musician, and two others who allegedly assaulted and obstructed a police officer from executing his duty.

This was because the sitting judge, Alberta Amponsah was on sick leave and therefore a new date was fixed for the case. All the three accused persons: Mzbel, Maxwell Mensah, a driver, and Emmanuel Edem Nordzor, a student were present and are currently on bail.

They have however denied the charges levelled against them. They were each granted bail in the sum of GH¢2,000 with a surety. Mzbel is being held for assaulting a police officer and obstructing him from executing his lawful duty.

Nordzor is charged with driving without a license and obstructing a police officer from executing his duty.

Earlier, the prosecutor, Chief Inspector Dora Seiwaa, had told the court that at about 12.30 hours on June 4, the three accused persons were driving in a Mitsubishi 4x4 vehicle with registration number GR 9470-11 on the Kinbu Road.

Chief Inspector Seiwaa said Mensah parked the vehicle on the shoulder of the road at Tudu while Nordzor and Mzbel sat in the vehicle.

She said Mensah's act impeded the flow of traffic and the Policeman on duty traced the source of the blockade to the vehicle being driven by Mensah. They found Nordzor sitting behind the steering wheel with the engine running.

The prosecutor said when Nordzor was quizzed by the Policeman why he parked the vehicle at that spot he replied that he was waiting for his friend. The Policeman therefore asked Nordzor to move the vehicle to give way to other road users.

However, the manner in which Nordzor drove the vehicle gave the policeman cause to suspect that Nordzor did not have a driver's licence. The policeman therefore demanded his licence but he could not produce one.

The prosecutor said during the interrogation, Mensah emerged and asked the Policeman to “clear off” because he (Mensah) was the driver and would move the vehicle. She said Mensah moved the vehicle towards the Policeman hitting his legs as a result of which he fell on the bonnet.

Chief Inspector Seiwaa said Mensah failed to stop despite shouts by bystanders and in his bid to throw the Policeman off drove in a zigzag manner. She said a bullion van which was trailing the accused persons, overtook them and crossed them at a spot near the Kinbu School where Mensah and Nordzor were overpowered and arrested.

The prosecutor said Mzbel who claimed ownership of the vehicle did not understand why her friends were being arrested and tried to prevented their arrest.

She said in the process, Mzbel held the uniform and neck of the policeman, identified by the court as Albert Drakpor, who had to be rescued by his colleagues.

The prosecutor said with the support of two armed police officers who arrived at the scene, the accused persons were taken away.