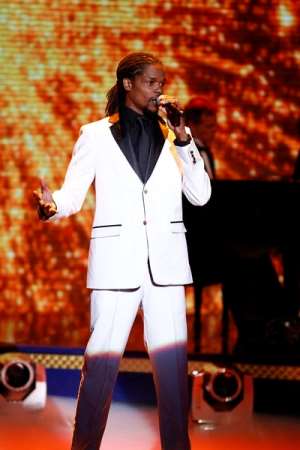 Los Angeles, CA. -----It was all tears of joy for Landau Murphy Jr. , on Wednesday when the host of America's Got Talent Nick Canon announced to anxious audience that he has won the million dollar prize for this year's competition. T

Murphy Jr. from Logan, West Virginia who not long ago was washing cars is now a millionaire, courtesy America's Got Talent .He also has a Las Vegas headline contract .He thanked Americans for believing in him and giving him the opportunity to what he has worked so hard for since childhood. ”I have worked my butt so hard for this and I thank Americans for given me this opportunity”

His victory brings to the fore the prediction of one of the judges, Howie Mendel, that his life will never be the same! This was after the he had performed during the audition to the surprise of all.

The smooth singer will headline at Caesars Palace in October 2011 a show to be hosted by Jerry Springer .