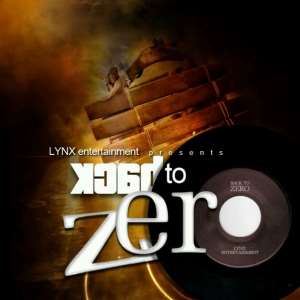 The World Bank and the United Nations offices in Ghana have adopted a Lynx Entertainment all-star peace song, 'Yen Ara Yen Asaase Ni'; which will make the list of cuts for a Peace campaign in the run up to the 2012 General Elections.

This was made known to the media by World Bank Communications Director, Kofi Tsikata at the Executive Launch of the Richie-led label's all-star album on Friday, July 28th, 2011 at the Alisa Hotel.

Mr. Tsikata was speaking on the topic 'Peace and Unity for Development' at a strictly-by-invitation event, to outdoor Lynx Entertainment's 2011 All-star compilation album, titled Back to ZERO.

Mr. Tsikata described the peace- 'Yen Ara Yen Asaase Ni', as “beautiful”. Showbiz industry personalities at the event include Becca and her manager, Kiki Banson, Okyeame Kwame, Lydia Forson, VIP, Ekow Smith-Asante, Miss ECOWAS 2010, Ramatu, a host of radio presenters and all the artistes who featured on the peace song.

The song is the last on the 16-tracks Back to ZERO album, which was outdoored on the evening. Speaking about the song, Mr. Albert Mensah, the Gen. Manager of the record label told Hi Newspaper, “This song is about using entertainment and celebrity status to advance the call for peace and unity in Ghana because we believe music is a strong way of sending that message.”

A simple but classic video for the song, directed by the promising Sony Addo of Optic Nerve (who directed Eazzy's One Gal video and was one of the directors for yet-to-hit-the screens Becca and 2Face's Badman Bad Girl video), was also 'premiered' as part of the brief program. The video was shot at landscape locations in Accra including the Nima market, Kwame Nkrumah Mausoleum, Independence Square, Accra Sports Stadium, parliament house and Makola market.

Snippets of the other 15 songs on the album were played to the public for the first time at the launch. Songs on the Back to ZERO album include Timeless by Kevin Beats, EL and Eazzy, Celebration by Richie, Efya and Tinny, Nana Nyame remix by Ambolley and Eazzy and Amanda by Zigi and Sonnie Balli. Another peace song, I Wanna Live (one of 3 potential hit songs), is by 2010 Miss ECOWAS, Rama and features Richie, Trigmatic, IWAN and J Town.

The event ended with 8 of the 11 artistes on the album who performed backed by Kiki Banson's Patch Bay Band. The Lynx Entertainment all-star album, Back to Zero, hit stores on Monday August 1st, 2011.