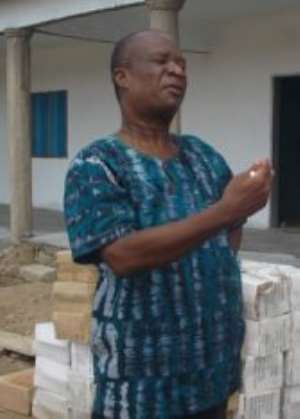 
Ghana Actors' Guild (GAG), has warned unscrupulous individuals and organisations calling themselves Producers or Production Houses to desist from collecting monies from actors.


A press release signed by Mr Abeiku Sagoe, General Secretary of GAG, said there were some unscrupulous individuals and organisations inviting young and largely naïve actors for auditions and charging them illegal fees with promises for production that invariably do not materialize.


It said “the Guild wishes to inform the general public of the illegality of this act”.


The Guild advised all actors not to part with any monies to any such individuals, Producers or Production houses and to report them to the Secretariat of the Ghana Actors Guild or the Police.


The statement warned the perpetrators of this act that they would be dealt with according to the laws of the country on fraud.


It said an advertisement was currently running on Viasat 1 calling on actors to participate in a similar programme for which they are being invited to pay GHS 30 into a bank account, adding that, the same programme was being advertised in Nigeria.


It said a Memorandum of Understanding between the Ghana Actors Guild and the Actors Guild of Nigeria had clearly stated that such activities will not be entertained in the two countries anymore.


The statement advised all actors in Ghana and Nigeria not to participate in this programme.


It called on media houses involved in advertising this commercial to withdraw from it forthwith.