Get The Biggest Hollywood Hits On Skyy Plus 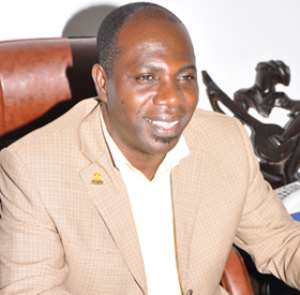 SKYY PLUS, your ultimate platform for quality and current movies, news, sports and documentary channels, has a line-up  of must-watch programmes on each of the over 22 channels available on the bouquet.

Fox Entertainment channel is one of the biggest names in entertainment. Fox provides viewers with quality entertainment and brings to the screens the best of Hollywood dramas, comedies, crime, sci-fi and action series, as well as movies.

Catch exciting series such as ' Boston Legal' (Season 4), 'Bigger and Blacker' with Chris Rock , 'Republic of Doyle' (Season 2), 'The Listener' (Season 2) and many more.

' Boston Legal' tells the professional and personal stories of a group of brilliant but often emotionally challenged attorneys. Fast-paced and wildly comedic, the series confronts social and moral issues, while its characters continually stretch the boundaries of the law.

'Boston Legal' was created by David E. Kelley, starring James Spader as Alan Shore, John Larroquette as Carl Sack, Christian Clemenson as Jerry Espenson and a lot more.  The series shows every Sunday at 7:00pm and Thursdays at 4:00pm.

' Bigger And Blacker' , an HBO comedy special, can be described as biting, witty, and humorous. The plot revolves around a TV show and the life of a performer. Its comic aspect comes from satire and irreverent humor. ' Bigger And Blocker's' main genre is comedy. In terms of style, it involves standup comedy and sketches. In approach, it is not serious and realistic.

' Bigger And Blacker' stars the incisive young humorist Chris Rock, in which he skews everything from current events to dating in his own inimitable style. This series shows every Monday at 6:30pm.

SHOWTIME is the toughest film channel on the market. Don't miss the exciting movies on SHOWTIME this month. Watch thrillers and action movies such as ' Light Sleeper', 'Road Ends', 'Evil Dead', 'Tornado Terror', 'Starship Troopers 2', 'Bad Boys', 'The Stray' and many more.

In the thriller ' Light Sleeper' , John Le Tour is a recovering drug addict who is now a rich, upscale drug dealer for Manhattan professionals. But when his boss tells him that she is planning to abandon the drug business, John's life is thrown into disarray. With no future plans, he sees black clouds heading his way. Which way next? The movie stars Willem Dafoe, Susan Sarandon and Dana Delaney, and is directed by Paul Schrader.

After inviting an injured stranger to live on her ranch, a wealthy woman discovers that her new houseguest has a hidden agenda. Did she make the biggest mistake of her life?

' The Stray' is an action-packed American movie directed by Kevin Mock and stars Michael Madsen, Angie Everhart and Frank Zagarino.

There is always lots of action and thrills on SKYY PLUS. Get your skyy plus decoder now and join the SKYY PLUS family.

Pay a monthly subscription of GH¢16 and enjoy the second month for free.