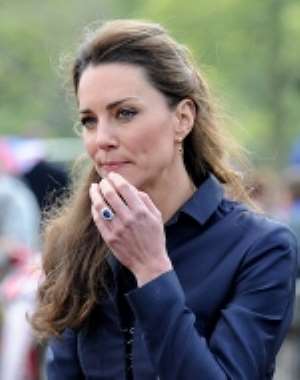 
Jane Austen wrote the ultimate fairy tales, and Catherine, Duchess of Cambridge is living one herself. But that's not all these two women have in common.

The famed romance author (1775-1817) and the newly-minted royal, 29, have family ties, according to findings from Ancestry.com.

The ladies are eleventh cousins, six times removed, according to the site, and they are linked through Henry Percy, the second Earl of Northumberland, who was born in 1392.

"Finding this connection between the Duchess of Cambridge and Jane Austen is very exciting since, in many ways, Catherine is the modern Jane Austen heroine: a middle-class girl marrying the future King of England," says lead historian Anastasia Harman.

"Jane Austen may have written about happily-ever-after, but it seems Catherine has found a nonfiction hero to spend her life with – far past the epilogue."

News of the connection comes exactly 200 years after the English novelist published her first literary masterpiece, Sense and Sensibility.