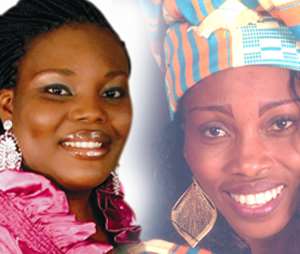 Adom 106.3FM is gradually positioning itself as the best in entertainment management.

The latest event to come from the stables of the Tema-based business unit after Adom Praiz, Kwahu Easter Festival and Temafest, is the Ghana Gospel Industry Awards (GGIA).

Even before the maiden edition comes off on July 9, 2011 at the National Theatre, the management of Adom FM is aiming at making GGIA the best known organization behind the gospel music industry's most prestigious honour.

According to Lawrence Tamakloe, Events and Promotions executive at Adom FM , 'the GGIA aims at encouraging excellence in the gospel music industry through a range of coveted awards'.

While the crystal plaques on offer - a symbol to be admired around the world - are aimed at acknowledging the very best level of achievement, every other form of the GGIA recognition, be it a certificate or other form of trophy, is targeted at carrying significance like none other in the gospel music industry in Ghana.

The awards academy, made up of music and entertainment experts tasked to review entries, has released the final list of nominees in 17 categories covering a whole range of gospel musical activities like songs, videos and albums.

Christiana Love also has four nominations; Album of the Year for No Fears, Artiste of the Year, Female Vocalist of the Year and Best Video.

Florence Obinim and Princess Ifeoma are also strong contenders for the Album of the Year, Best Gospel Songwriter of the Year, and Song of the Year. The pair could also pick the Collaboration of the Year and Popular Video of the Year awards with the ' God Never Fails' track.

The New Artiste of the Year category is a straight fight among Herty Borngreat, Nana Akosah (also nominated for the Popular Video of the Year) and Cwasi Oteng (Male Vocalist of the Year, Best Video), with the Frimpong Brothers as the outsiders.

Kwaku Gyasi and Lord Osei Bondzi of No Tribe will also try to beat frontrunners Nacy and Ernest Opoku in the Male Vocalist category.

Nominees for the Best Gospel Songwriter are Pastor Yaw Boamah for 'Afunumu Ba'; Pastor Love Hammond for 'Kramanfunu Ba', Gifty Osei and Kwasi for 'W'afra Me Ntoma' and Uncle Ato for 'Aseda'.

The GGIA will also honour outstanding personalities that have contributed immensely to the growth and development of the gospel industry with the Honorary Award of the Year.

The academy's vote will constitute 60% of the total vote while the remaining 40% will be determined by the general public vote (via txt).