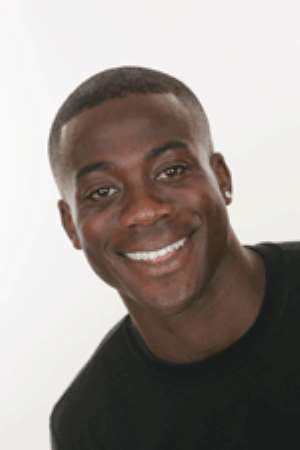 His twitter, facebook accounts and text lines at choice fm went into a fury as he played some of the biggest afrobeats tracks from the likes of Dbanj, PSquare, Tuface, 9ice, Sakordi and many more. This is following a week of controversial changes at the station which saw the end of Friday night flavours by 279 being moved to the Saturday night flavours, ending of George Kay's show and announcement of comedian Eddie Kadi hosting the Saturday breakfast show and Kojo announced as the new presenter of the popular breakfast show with co host Maxi.

By 1:30am on Saturday Night DJ Abrantee was overwhelmed with the responses from the afrobeats show and took to his twitter account to thank all his present and new supporters. His bosses at choice fm alerted him that for the first time that CHOICE FM the station were trending (most talked) about in the UK online. A great achievement for the DJ Who was promoted a day prior to host the Drive Time Weekday show on choice fm.

By Sunday morning he tweeted “woh have I really just acquired 1000 new followers, thank you” With one journalist from RadioAFR commenting "one afrobeats session has brought Choice FM Back from the dead"

DJ Abrantees career started at choice in 2005 after working his way up from the Early morning Riser 3am – 6am till he eventually landed his own evening show which has interviewed some of the worlds biggest artists from Drake, P.Didy, Usher, Travis McCoy and so much more.

You can tune in Each weekday to Drive time 4pm-8pm and Saturday 4-8pm and midnight – 2am to Catch Abrantee doing his thing on Choice FM.

Latest Photo Reports
Catch up with all the political quotes from our politicians.
Advertise here
More from General News
ModernGhana Links
Witchcraft is when you support an unknown country against Black Stars — Empress Gifty fires
Ghana will win the World Cup — John Dumelo predicts
Hajia4real back to Instagram
TOP STORIES