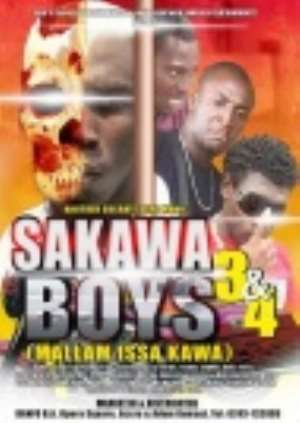 
Ghanaian movie producers seem to be having a tough time with sections of the public with the content and story lines of their productions.

Patrons of local productions love to be entertained, informed and thrilled through compelling acts and story lines of home movie productions. But the tendency of some films to portray and stereotype a group of people or a community in a derogatory manner is pitching producers against the public.

Most recently, Paul Gee Films, producers of the controversial 'Mallam Issah' movie had a herculean task explaining to the Muslim Community that its production was not ill-conceived; they eventually opted to withdraw the product from the market.

Now, there are indications the same production house may once again be in hot waters with the release of yet another production from its stakes. The movie 'Emmanuel', which features the name of a famous Fetish Priest 'Subruku' whose shrine is located at Twedie in the Ashanti region, has raised concerns that the priest might react to the situation.

Whilst movie producer, Paul Agyei is allaying fears of a possible reaction from the priest, there is a growing public outburst against the substance of some movies which are said to be insulting to the sensibility of segments of society.

An aspiring NPP parliamentary candidate for the Bantama Constituency has for instance issued a press statement describing as “derogatory and disparaging” a movie called 'Bantama Awarie'.

Francis Asenso-Boakye says the movie seeks to portray the people, especially women of Bantama in Kumasi as lazy and uncultured, stating that the “unwarranted negative stereotyping has the potential to inflict both psychological and sociological damage on the good people of Bantama”.

Mr. Asenso-Boakye is calling on the Office of the Copyright Administrator, the Ghana Actors Guild, the Ministry of Information and other relevant authorities to truncate further sale of the movie and other movies which seeks to stereotype segments of the Ghanaian society.

But according to the Producer, Hans Rudolph of Hans Movie Productions his production is only meant to educate the public on good marital values. He therefore finds it strange that a movie like 'Bantama Awarie' would be castigated.

Apparently, residents of Kumasi have been expressing divergent views on what some members of the public consider immoral scenes in some Ghanaian movies.

According to some respondents who spoke to Luv News, movies are gradually becoming sex-promoting platforms rather than a medium to showcase cultural values and moral education.

The debate has been sparked by one of the latest productions on the market, 'Dirty Game', which features a young and handsome man who takes pride not only in sexually exploiting women, but also secretly recording such escapades which he pastes on the internet and facebook.

Commentators say such scenes are not in the interest, even, of the film industry. But Producer and Director of the movie, Samuel Ofori who played the lead role, explains the production is based on a true story, insisting it is meant to caution the youth.

Meanwhile, Luv News sources indicate a man whose wife played a role in the movie is set to fly down to Ghana from abroad to divorce the woman because he finds scenes in the video 'too compromising' for her marital status.

Some observers of the Ghanaian movie industry believe the intriguing controversy of a film could be enough publicity for a producer to make good sales, but when a movie derogatorily stereotype a group of people or tears down the moral fabric of society, producers may need to watch out.